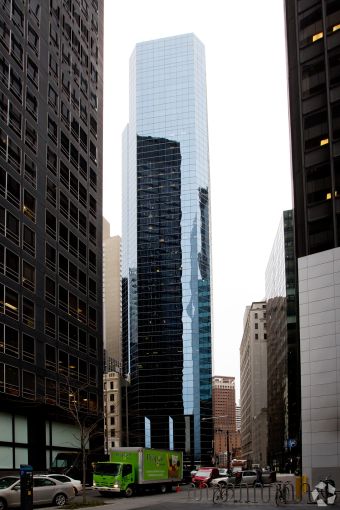 Russo & Toner, a law firm which represents corporations in civil and insurance cases, will keep its offices in the Broad Financial Center, Commercial Observer has learned.

The law firm signed a 10-year renewal for its 16,003-square-foot office on the 16th floor of Stawski Partners’ 33 Whitehall Street between Pearl and Bridge Streets, according to Savills Studley, which represented Russo & Toner in the deal. Its new lease started at the end of 2018.

A spokeswoman for Savills Studley would not provide the asking rent in the deal but CoStar Group data show the average rents in the 30-story building is $59 per square foot.

“We explored several occupancy alternatives before determining the best option was to stay in place,” Savills Studley’s Marc Shapses, who brokered the deal for Russo & Toner with Roi Shleifer and Seth Wasserman, said in a statement. “The landlord is contributing to update and modernize the office to bring it to today’s law office standards and efficiencies. The new transaction provides Russo & Toner the flexibility for future growth without incurring any additional costs.”

CBRE’s Edward Goldman and Jonathan Cope represented the landlord in the lease. A spokeswoman for CBRE did not immediately respond to a request for comment.

Russo & Toner, which was founded in 1996, has had its New York City offices since 2008, according to the Savills Studley spokeswoman. The firm also has locations in New Jersey, Connecticut and Buffalo, N.Y.