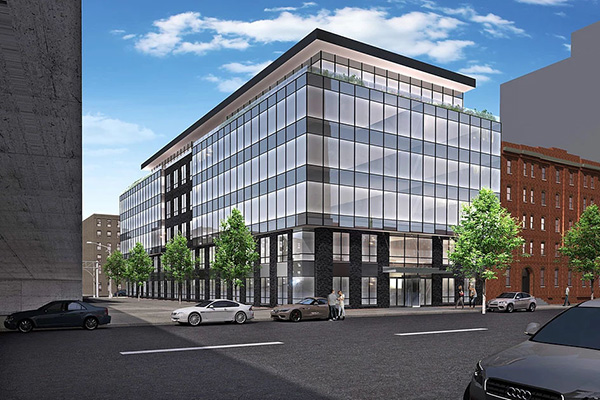 Natixis has provided approximately $86.3 million in financing to Joy Construction and Maddd Equities for the development of a Class-A office building at 330 East 62nd Street on the Upper East Side to be used as administrative offices for a cancer center, the lender announced.

The 24-month, interest only and floating-rate construction loan satisfies previous debt and provides additional capital to complete the development of the 110,727-square-foot office property, which was leased out in full to Memorial Sloan-Kettering Cancer Center for an initial term of 30 years in August 2017, according to records filed with the New York City Department of Finance. MSKCC intends to utilize the building for its administrative offices, according to information from Natixis.

Kathy Anderson and Brad Domenico of Progress Capital negotiated with Natixis to arrange the financing.

Justin DiMare and Howard Kesseler of Newmark Knight Frank were tapped to find the tenant for the building. Karl Fischer Architects is heading up the building’s design, according to The Real Deal.

“It’s the strongest medical neighborhood in the country, almost all the major hospitals in New York City have space on the Upper East Side,” DiMare told Crain’s in February 2014, just a few days after the borrowers acquired the property for $21 million from the Roman Catholic Archdiocese of New York, as Commercial Observer previously reported.

After the acquisition, the development group left the door open to possible uses for the building, announcing it was planning a project catered toward medical office, education use or student and resident-doctor housing, according to a news release from NKF. At the time, Eli Weiss, a principal of Joy Construction, estimated that the project would take 24 months to complete but declined to comment on asking rents, although Weiss later told CO the asking rents were in the $60s per square foot.

“Expansion space within Upper East Side is limited given the strength of its great institutions and the residential market,” Mr. DiMare told CO in an email in July 2015. “This new building will likely be occupied by more than one user as deals are pending for about half of the project.”

The Upper East Side site—situated between First and Second Avenues—formerly housed a six-story church, called Our Lady of Perpetual Help Church, which was erected in 1887 for Czech immigrants until the church was demolished in 1998, as CO previously reported.

A spokeswoman of Natixis did not immediately provide comment on the financing.