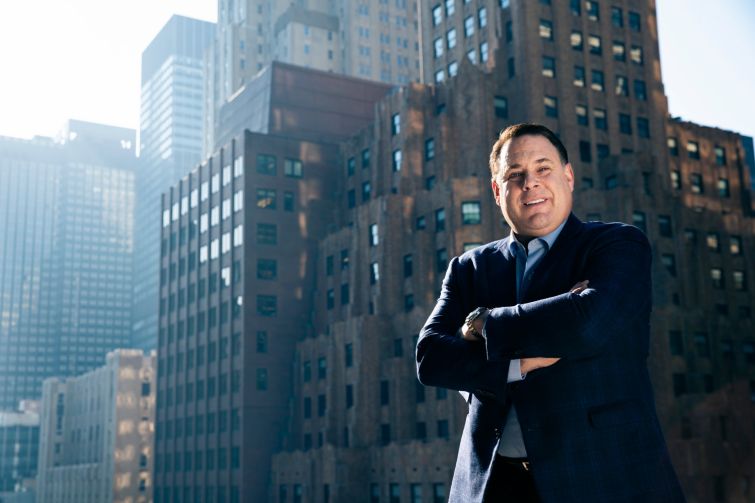 When contractor Matthew Schimenti of Schimenti Construction walked into the Midtown offices of Sterling Project Development at the end of 2014, he wanted to land his biggest piece of business yet—a contract to build a $175 million distribution facility for FreshDirect in the South Bronx.

Up until that point, his costliest project had been a $30 million flagship store for Zara on Fifth Avenue at West 52nd Street. By and large, the 53-year-old married father of three focuses on construction and renovation work for major retail brands. His firm, which managed $300 million in construction last year, built REI’s Soho flagship in the Puck Building, a 60,000-square-foot Times Square store for Gap and Old Navy, and a four-story Herald Square outpost for H&M. Converse, Samsung and Hershey’s all tapped his company to construct their experiential New York City stores.

But Schimenti had never done a large industrial complex. FreshDirect needed a 600,000-square-foot warehouse with preparation areas for premade meals, a butcher shop, robots that move inventory, nine miles of conveyor belts and storage for hundreds of thousands of grocery items. It also needed to build its corporate offices above the warehouse.

Richard Browne, the managing partner at Sterling Equities’ construction advisory business, Sterling Project Development, had been hired to oversee the development of the FreshDirect campus on an industrial parcel at 2 St. Ann’s Avenue. Initially, he questioned whether Schimenti could build FreshDirect’s facility, which aimed to compete with grocery delivery rivals like Kroger, Peapod and Instacart, along with Amazon and Walmart.

“We were definitely skeptical because this is a very large, intricate, ground-up project with difficult site conditions,” Browne explained. “We were skeptical as to whether they had the proper team and the proper skill set to deal with these types of technical issues. We had incorrectly thought of them more as a specialty retail contractor. It didn’t take long to realize they had the right personnel and technical experience to handle this.”

Schimenti won Browne and FreshDirect over with his confidence, his sincere, direct demeanor, and his detailed construction plan.

“We walked in there with a list of the biggest, most iconic stores in Manhattan but really zero experience doing manufacturing facilities,” said Joseph Rotondo, an executive vice president at Schimenti’s company and his friend of more than 30 years. “I think it was Matt’s confidence, and that [FreshDirect is] a one-owner, kind of family company, and so are we. I think Matt made [FreshDirect founder Jason Ackerman] feel like he could trust us; Matt’s very sincere and comes across that way. I think the owner wanted a relationship with his builder, not just a contractor and client [relationship].”

They started work on the FreshDirect facility in February 2015 and put the finishing touches on its corporate offices, the final phase of the project, in July 2018. The new distribution center can pack and ship an order 75 percent faster than the online grocer’s previous facility in Long Island City, Queens, the company told The Wall Street Journal last year. Currently, the grocery operation offers same-day delivery in the five boroughs and next-day delivery in the Greater New York City area, as well as the Philadelphia and Washington, D.C. metropolitan areas, with plans to expand to Boston.

The robotic Bronx grocery warehouse was a turning point for Schimenti. Over the past year, the 200-plus-person firm has opened new offices at 575 Lexington Avenue in Midtown and in Irvine, Calif., while keeping its corporate headquarters in Ridgefield, Conn. It launched a new division for commercial office work after two of its retail clients, Bed Bath & Beyond and Kohl’s, asked Schimenti to construct their corporate offices. These days, the general contracting outfit is working on storefronts in the Shops at Hudson Yards, several new locations for Target, the Wegmans in the Brooklyn Navy Yard, and two retail outposts for Amazon.

Schimenti’s eponymous company has come a long way since his father founded it in their family garage in the Lynbrook area of Long Island, N.Y., in 1971. His dad worked on movie theaters, retail stores, apartments and houses. “Growing up, our driveway was where the van was, our garage was where the materials were, the dining room was the office,” Schimenti said. “My sister and I would help him do the payroll on Wednesday nights. We didn’t know we were part of this business, but we all grew up around it and it was a center point of our life.”

His grandfather was an architect, too, designing buildings in and around New York City during the 1950s, ’60s and ’70s. Schimenti worked summers in both family members’ offices as a teenager, reproducing architectural plans for his grandfather and cleaning up job sites for his father.

“My father was the community employer when we were in high school,” Schimenti said. “All the high school kids worked for my dad. He’d pile us all into the van in the morning, take us to some job site. We were the broom crew, and we’d clean up, and the next day he’d take us to another job.”

Throughout his childhood, Schimenti played hockey and was ultimately recruited to join the varsity team at American International College in Springfield, Mass. One of his teammates was Rotondo, whom he recruited into the construction business 15 years after they both graduated. When Schimenti finished college with a degree in marketing and finance in 1987, his father asked him to join the family business. After he interviewed for an entry-level marketing job at Friendly’s in western Massachusetts, he decided it would be better to go back to Long Island and help run his dad’s business. For 10 years, he worked side by side with his father and gradually expanded the retail side of the company, until it became bigger and more ambitious than his father’s small residential projects. When the younger Schimenti officially took over the company in 1997, it managed roughly $10 million worth of construction jobs and employed 30 people. Today, Schimenti Construction oversees more than 30 times that amount of work and is aiming to grow to $500 million in jobs over the next few years. His father retired, moved to Florida, and passed away in 2012, at the age of 71.

“I don’t want to say his generation was a dying breed, but the workflow of the industry was changing, the pace was changing,” Schimenti said of his father’s decision to retire. “His handshake was his handshake, his name was his name, his word was his word. He was the business.” As Schimenti began to take the reins of the company in the mid-1990s, “we became much more corporate, I got involved in much more corporate things rather than private work like he did.”

When he’s not working, Schimenti plays golf and spends time with his three kids—two sons, 10 and 23, and a 12-year-old daughter—including coaching his younger son’s hockey team. He recently built a new house for his family in Rowayton, Conn.

As for the future of Schimenti Construction, Schimenti said: “My focus in a laser way is on the evolution and development of the business. Growing for the sake of growing is not my motivation. I want to improve, develop and provide other people opportunity. I think that will motivate me for the next third of my career.”