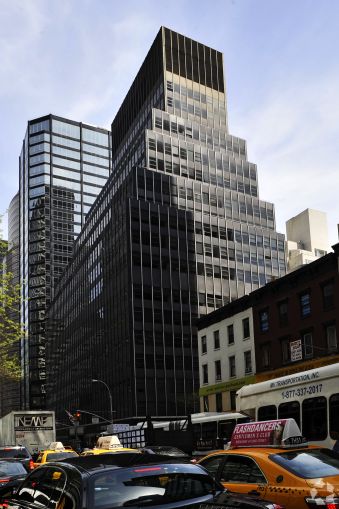 Lee NYC signed a five-year sublease with Kroll Bond Rating Agency (KBRA) for 26,000 square feet on the fourth floor of the 21-story 845 Third Avenue between East 51st and East 52nd Streets, brokers on the deal said.

Lee NYC currently has 22,000 square feet at 600 Madison Avenue between East 57th and East 58th Streets and needs the extra space in its new digs after it grew its staff by nearly 50 percent last year, said Joel Herskowitz, the COO of Lee NYC. The company currently has 73 brokers working out of its Manhattan office.

“We were shoving three people into a room that should accommodate one or two people,” Herskowitz said. “The best reason of all for moving is when you have totally outgrown your existing facility and that clearly is what happened.”

Herskowitz added that the new offices give the company space to grow and require a minimal amount of work for the firm to move in next month.

KBRA left its 32,000-square-foot space at 845 Third Avenue last year when it relocated to 95,000 square feet at 805 Third Avenue between East 49th and East 50th Streets, as CO previously reported.

The law firm took parts of the eighth floor of the building, according to Savills Studley, which represented KBRA in this deal. The Savills Studley spokeswoman would not provide the terms of the transaction.

Ostrolenk Faber, which specializes in intellectual property cases, moved a block away from its old offices at 825 Third Avenue between East 50th and East 51st Streets last month.

“Promptly subleasing these spaces enables KBRA to recoup significant dollars that can now be invested in its enterprise,” Carlos said in a statement. “In a crowded sublease market, we were able to implement the last phase of a two-year strategic growth plan for KBRA.”

Censor said that he went to see the space with his clients the first day it came on the market and pretty quickly put in an offer for it.

“That usually never happens,” he said. “I showed it that afternoon and then it’s all history.”