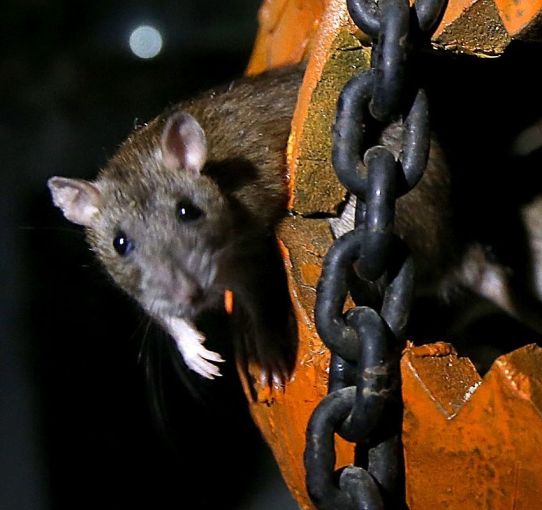 Rats, along with cockroaches and serpents, may have been part of the natural world since the “beginning of time,” as L.A. City Council President Herb Wesson declared during special council meeting held last Friday, but where City Hall is concerned, the vermin are persona non grata.

Vermin and the potential typhus-carrying fleas that come with them have been a gnawing issue in L.A. City Hall, the Civic Center complex and downtown Los Angeles and it looks like City Hall is trying to do something about it.

The fact that a rodent crisis is occurring at the same time the FBI launched a criminal probe into veteran L.A. City Council member Jose Huizar and his ties with major commercial developers from the private sector is not lost on many.

But back to dirty rats of the Rodentia order. The day before the special session, the Los Angeles Times offered a graphic depiction of the issue, with rats chewing through Halloween pumpkins, leaving droppings and paw prints across offices, scurrying down hallways and offices, as well as deceased vermin decaying in ceiling panels. Even more alarming, at least two city workers, reported being bitten by fleas. Typhus is a flea-borne illness that occurs when fleas bite rats and become infected with bacteria known as Rickettsia typhi or Rickettsia felis. The illness can spread to humans through either flea bites or through the feces of infected fleas, according to the U.S. Centers for Disease Control and Prevention.

Council President Wesson, who told the Los Angeles Times he had several problems with vermin in his fourth-floor office, as well as fleas in the carpet, called the meeting to get the Department of General Services, which hired and is overseeing the pest control vendor, to report back on the scope of the problem at both City Hall and adjoining city buildings.

“The council believes that when individuals come to work at the City of Los Angeles, the only thing they should be concerned with is getting here on time, not being in an unhealthy or unsafe environment,” Wesson said at the start of the agenda item discussion.

He called on a swift and comprehensive examination of both workplace practices as they relate to live plants and food storage as well as an inventory and cost estimate for removing all carpeting, which can harbor fleas, and replacing it with alternative flooring among other measures.

As Joe Buscaino, council member for the 15th District, said, “If we can’t protect our emblem of democracy, our city hall or city staff and visitors from this medieval disease of typhus, we should just pack it up and leave.”

The motion sailed through with a unanimous vote from the council members in attendance, in favor, 12 to 0.