Seven New Restaurants Sign on at The Boro in Tysons Corner, Va. 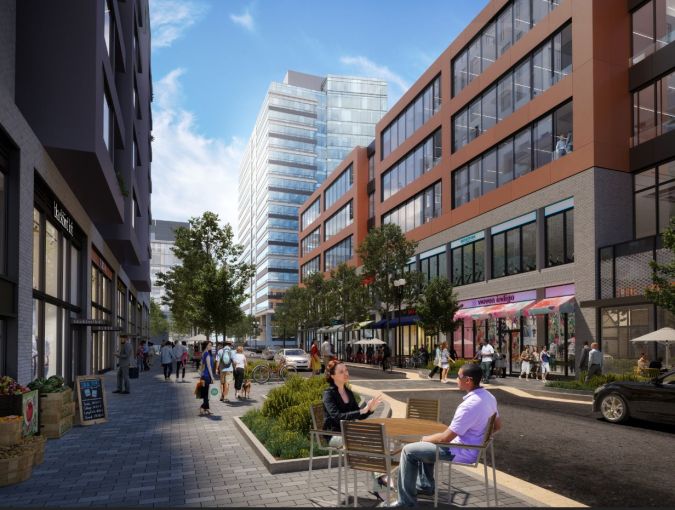 Rendering of The Boro Photo: The Meridian Group

Bethesda, Md.-based developer The Meridian Group has announced seven food and drink retailers and two service businesses that will open in 2019 at The Boro in Tysons Corner, Va., about 15 miles outside of Washington, D.C.

“We truly have a vibrant community growing here—a dynamic, amenity-rich place that will hum with life day and night,” Meridian President David Cheek said in a prepared statement.

H&R Retail’s David Ward and Geoffrey Mackler represented the developer in all of the deals.

“We are extremely pleased to welcome both national and local tenants to The Boro,” Mackler told Commercial Observer via email. “We are excited for the first cohesive, walkable, open-air project to Tyson’s.” Neither Mackler nor a Meridian spokesman would disclose the tenants’ asking rent per square footage.

Tom Papadopoulos of Papadopoulos Properties represented full-service Italian restaurant North Italia for its 6,200-square-foot restaurant, as well as the fast-casual restaurant Flower Child’s 3,600-square-foot location. The two eateries are the only businesses that are new to the D.C. market, Papadopoulos told Commercial Observer, adding that both leases are 10 years with additional year options.

Papadopoulos said that the business owners chose The Boro because it’s an “outstanding mixed-use project” that will be “the only real project with pedestrian traffic in Tysons” with easy access to the rest of the area.

Your Equity Solutions’ Mike Azimi represented casual Halal restaurant Tasty Kabob’s first brick-and-mortar location—a 2,100-square-foot shop on Boro Place. Azimi told CO that he could not comment on the lease because he no longer represents the eatery.

At full completion, the development will feature more than 1,500 residential units, 1.9 million square feet of office space, 350,000 square feet of retail, a 250,000-square-foot hotel, a 70,000 square foot flagship Whole Foods Market and a 14-screen ShowPlace ICON theater, all within walking distance from the Greensboro Metro station.

“We have been saying that this will be a place to live, work and play, but now you can see how it will come to life,” Tom Boylan, a vice president at Meridian, said in a prepared statement.