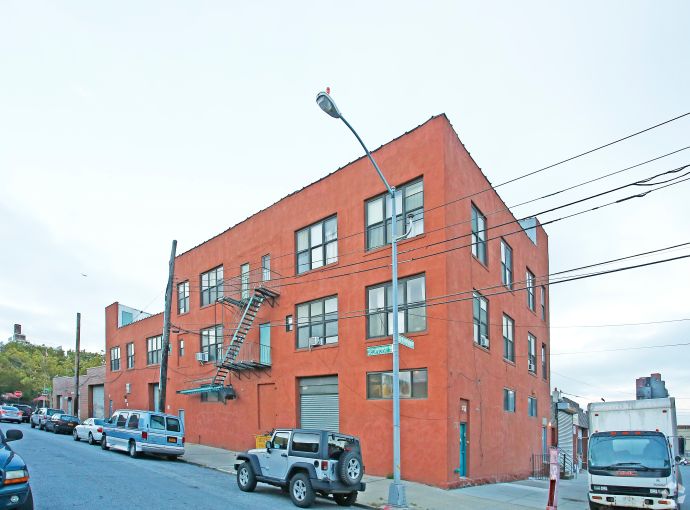 The owners of two Williamsburg bars, Jimbo Slims and Northern Bell, are about to open a brewery and beer pub across the street from concert venue Brooklyn Steel in East Williamsburg, Brooklyn.

The new venue, 18th Ward Brewing, will open next month at 300 Richardson Street with a selection of six beers, a limited bar food menu and cocktails, according to its owners. Partners Jordan and Jim Beldner and Michael O’Brien inked a five-year, 2,000-square-foot lease last year for retail space in the bottom of the building at the corner of Debevoise Street, a couple blocks south of the Brooklyn-Queens Expressway. Asking rent in the transaction wasn’t disclosed. But the landlord, Pasquale Pescatore, did grant a six-month rent concession for the buildout of the space, according to broker Jill Pescatore of Worth Property Group (who happens to be the landlord’s daughter-in-law). The deal also includes options to extend the lease an additional 10 years.

Although 300 Richardson was a warehouse, the landlord successfully converted the upstairs portion to six residential loft units. Two-bedrooms in the building are currently listed for $3,750 per month, according to StreetEasy.

Beldner said that after starting Northern Bell, which is a restaurant and beer bar, and Jimbo Slims, which is a dive bar, he and his partners got interested in homebrewing. They decided to take the next step and search for a space where they could both brew and serve beer, along with food.

“We just decided let’s do this, we’re across from Brooklyn Steel,” he told Commercial Observer. “The volume across the street gives us an opportunity to play around with and finesse our beer, which will hopefully be accepted by everybody.”

He expects to start out with a beer selection that includes a lager, stout, IPA, saison and an amber ale, and food items like tacos, sausages and brisket. The rustic wooden space seats about 70 people and has a skeeball machine.

Pescatore and Lauren Curcio of Worth Property Group represented both sides in the deal.

Pescatore noted that the idea for the beer bar “had been ‘brewing’ for years, but [the 18th Ward owners] lacked a true experienced brewer and the right location. After recruiting Dailey Crafton of Big Alice & Levenaut Brewing, Jordan enlisted us, [and we] procured a space directly across the street from Brooklyn Steel.”