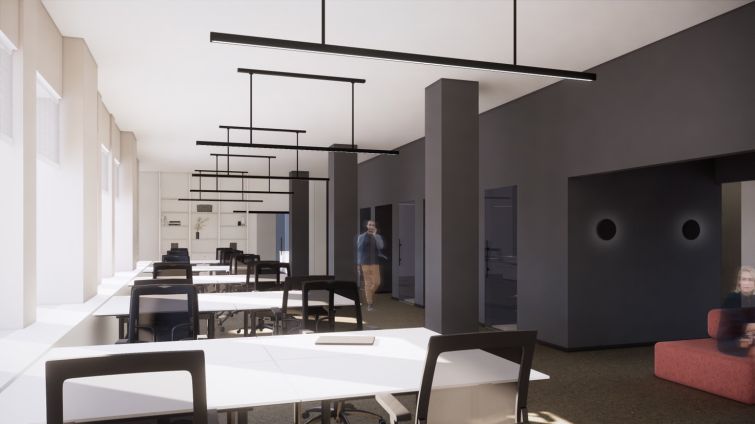 Breather has nailed down a lease for 17,850 square feet spanning two floors of a 21-story Chelsea building, the company announced.

The flexible office space provider will occupy the third and 18th floors of GFP Real Estate’s 322 Eighth Avenue between West 26th and West 27th Streets, with the offices made available in June. The deal is for five years, and GFP listed the spaces at $55 to $58 per square foot, according to a spokesman for Breather.

“It is a brand new Breather location that will include two private Breather offices spaces and two Breather on-demand spaces for meetings or events,” the spokesman noted.

CBRE’s Ramsey Feher, who represented Breather in the deal, said via a spokeswoman that “momentum behind the flexible workspace market has created a new opportunity for Breather to introduce larger spaces into its existing portfolio of 150 locations across the city.”

The 1925 building is home to tenants including The Nature Conservancy, Juice Pharma Worldwide and Pelli Clarke Pelli Architects.

Allen Gurevich, a senior managing director at GFP Real Estate who represented the landlord in-house, said in a statement to CO: “Breather is already an existing tenant within our portfolio with locations at 40 Exchange Place, 200 Varick, 594 Broadway and 560 Broadway. We know what we are getting. Their service offerings have worked well for our Downtown tenants and believe it will be a good fit in Chelsea as well.”

The lease comes a month after Breather appointed Bryan Murphy as its new CEO, replacing Julien Smith—a co-founder of the Montreal-based company in 2012—who stepped down last September. Smith’s departure came a few months after the company completed a $45 million funding round.