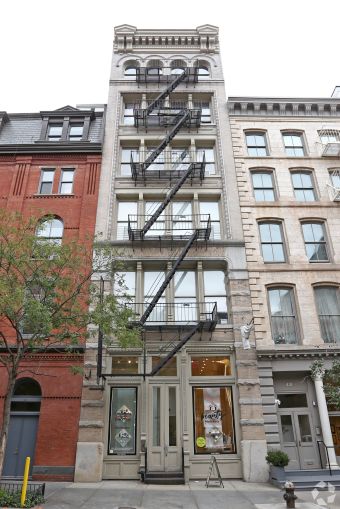 The company signed a 10-year lease for 4,475 square feet at 433 West Broadway, 2,200 square feet of it on the ground and 2,275 square feet of it in the selling basement, according to JLL’s Michael Hirschfeld, who along with Brian Hirschfeld and Amy Zhen represented Bravissimo in the deal. The asking rent was about $200 per square foot.

“Soho is often an international brand’s first step into the states and this store offers Bravissimo not only a great location but also a full 25 feet of architecturally distinct frontage and a dramatic bi-level interior that’s in immaculate condition,” Owles said.

Bravissimo is hoping to open at the base of the six-story 23-unit residential rental building between Prince and Spring Streets in the spring.

“It’s another example of international retailers seeing the U.S. as quite opportunistic for expansion at the moment,” Michael Hirschfeld said.

Per its website, “Since Bravissimo was founded in 1995, our mission has remained the same: to inspire women with big boobs to feel amazing, to celebrate our figures and to offer a wide choice of beautiful styles to uplift big-boobed women in every way!” The company debuted its U.S. website in 2017, according to Fashion United.

The space was previously occupied by e-commerce beauty company Birchbox, which opened its first brick-and-mortar store at 433 West Broadway on July 11, 2014, as CO reported at the time.

“Birchbox had opened its for retail space at 433 West Bway five years ago, but since then evolved as a company and recently entered into a partnership with Walgreens to have several store-in-stores with them. Based on taking that direction they moved out of the Soho location at the expiration of that lease,” Owles noted. The store closed at the end of 2018.