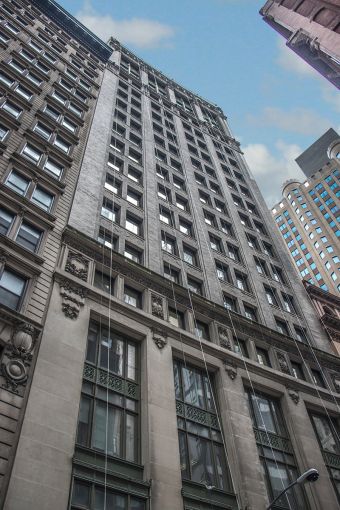 BerlinRosen, a public relations firm which clinched the top spot in the Observer’s PR Power 50 list last year, has inked a deal to up its offices at 15 Maiden Lane by 7,000 square feet, brokers on the deal announced.

Asking rents in the building are $42 per square foot, according to Lee & Associates NYC, which brokered the deal for both sides. A spokeswoman for Lee NYC declined to provide the name of the sublandlord, but a source with knowledge of the deal said it was Century 21.

Lee NYC’s Gregory Gang, Catherine O’Toole and Ari Waldman represented the sublandlord in the deal while Waldman handled it for BerlinRosen.

“BerlinRosen had found a perfect fit at 15 Maiden Lane, but the growing team needed more space,” Gang said in a statement.

BerlinRosen plans to move into its new offices, which it needs in part because of its growing real estate practice, in the spring of this year, the source said.

The 144-person PR firm—whose clients include SL Green Realty Corp., Brookfield Properties and Mayor Bill de Blasio during his first mayoral campaign—was founded in 2005 by Valerie Berlin and Jonathan Rosen and first moved into the building in 2007. It currently leases part of the 11th, 15th and 16th floors at 15 Maiden Lane.