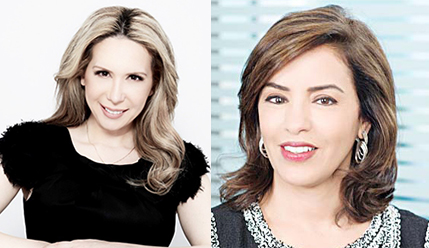 On a recent trip to Dubai, I had the pleasure of meeting Maha Al-Ghunaim, an incredible woman and a regular presence on Forbes “Most Powerful Women” lists. Maha was the founder of Global Investment House (GIH), one of the largest investment firms in the Middle East. The firm, founded in 1998, became a powerhouse with $10 billion in assets under management at its peak. When the global recession hit in 2008, Global Investment House got hit hard and Maha spent years restructuring the company’s debt, eventually guiding it back into profitability.

I sat down with her and talked about GIH and issues affecting women in the workforce. Here are excerpts of that discussion.

EA: Tell me about the founding of Global Investment House.

MA-G: I worked in the investment sector from the day I graduated. I started at a company owned by a sovereign wealth fund. When I graduated, the economy and the markets were just recovering from a serious localized financial crisis, and the company’s majority shareholder became the government of Kuwait.

By the time I was 28 years old, I was the portfolio manager responsible for the Kuwait Investment Authority (KIA) account, which was almost a billion dollars. It was a fantastic learning environment. Then the invasion happened, and then the liberation of Kuwait and the government decided to merge their investment arms into one entity to consolidate the business and minimize their risk, this gave me an opportunity to move up the career ladder. However, after less than two years, I realized this was no longer an environment I could excel in because it was too bureaucratic. So I decided with the help of four colleagues to start our own investment company that mirrored our ambitions, and Global investment House was launched. I remember printing the prospectus from my computer, and in two weeks, we were oversubscribed. All the clients I’d worked with over the years believed in us, and Global Investment House was launched with capital of $50,000,000.

EA: It was that easy to raise funds?

MA-G: Many institutions and family businesses believed in the team and wanted to become shareholders, including friends and family. So Global Housing Investment (GHI) was established, and it was a huge success. I remember sitting with the governor of the central bank at the time asking him how can I make this company different. He shared his vision to expand the financial market with a focus on fundamental research. It was considered taboo to make a sell or buy recommendation on a company or a bank. So my strategy was, instead of fighting for the same slice, I’d make the pie larger. GHI focused on creating new investment products and research on listed equities, developing indices, creating funds and expanding our capital markets. Some of the products were basic, such as money market funds, fixed income, and direct investments. So we created all these different financial instruments, and that creativity and hard work put Global Investment House in the forefront with an impressive market share. We expanded all across the region, spreading this knowledge and expertise, and our market cap reached north of $5 billion.

EA: How long did it take you to get there?

MA-G: Ten years. There was a boom in the region with urban development and new technology – things were happening. When the financial crisis hit in 2008, I didn’t think it would affect the GCC region to that magnitude with us being an oil-dependent economy, flooded with liquidity. Although our leverage ratio was only 1:1, the illiquidity of our assets forced our default. We had to restructure our debt of $1.7 billion with 53 banks across the globe. The blessing of the situation was that the major banks were foreign banks that understood restructuring.

EA: Did you have to negotiate with each bank individually?

EA: How did you handle that?

MA-G: It was extremely stressful. The thing is, we went through two restructurings. The first was the “extend and pretend”, as I like to call it. They thought by the year 2011 everything would be resolved, and we would be able to pay the debt from the growth of the business. I was very inexperienced in the restructuring world. I remember in 2010, waking up one day with a church being bombed in Egypt and the Arab Spring about to erupt, and I realized there was no way to implement the then-agreed-upon plan with the lenders. So we renegotiated a deal providing a permanent solution opting for a debt-equity swap. From there on, Global Housing Investment emerged as a debt-free company. We were able to recover our stand, and we were recognized as a team for our professionalism and transparency in resolving the crises. I’m proud of what the team achieved and endured in the process. It’s this spirit and dedication the made Global survive and thrive again.

EA: How long did it take you to restructure?

MA-G: It took at least 18 months. I remember signing thousands of legal documents. I learned a lot from this process in terms of negotiations, developing the strategy, and legal knowledge.

EA: It’s amazing how open you are about the struggles of Global.

MA-G: In Middle East culture, failure is not regarded as part of evolution, it is seen as shameful, whereas in the western world it is seen as a sign of maturity and experience. As we say, what doesn’t break you, makes you stronger.

EA: And Global became debt-free at some point?

MA-G: Yes. It did, and it regained its place as a leading investment firm in the region.

EA: Tell me about women in the C-Suite here in the Middle East.

MA-G: We know from experience that organizations that have women and diversity in senior roles perform better. It adds value to the company thru diversity and fair competition. When I look at an applicant, I’m not focused at all on gender. I’m genuinely looking at the best person for that job. As a CEO, if you think with that mentality you will succeed, because you will have the right person for the job.

EA: Does the Middle East have a gender wage problem?

MA-G: In our region, it’s equal pay. Most firms use a grading scale. You get paid based on that scale and there is no discrimination. The problem is moving up the scale. We find that a lot of women drop out in the middle of their careers due to a family commitment. Oftentimes they come back to work for menial jobs, mostly in the government, but without much ambition to devote themselves to their careers.

EA: Is there a #MeToo movement in the Middle East?

MA-G: We have our own local movements in Kuwait. I’m sure there is a #MeToo movement in line with the rest of the world. Sexual harassment is a global issue, and I’m happy to see the younger generation expressing their demands and opinions through digital media.