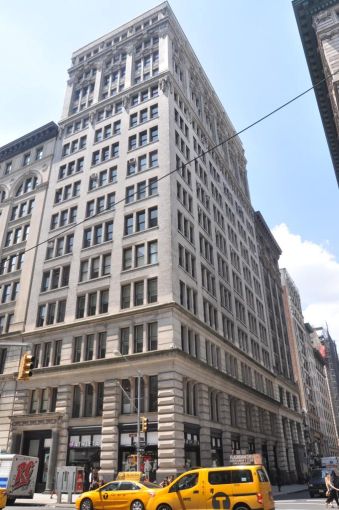 VidMob, a video creation platform, inked a deal to take over the former New York City office of Chipotle, Commercial Observer has learned, and assumed its new digs at the end of last month.

The startup signed a sublease with Chipotle for 13,700 square feet on the entire third and fourth floors of 126 Fifth Avenue between West 17th and West 18th Streets, according to Savills Studley, which represented both sides in the deal. A spokeswoman for Savills Studley would not provide the terms of the deal, but CoStar Group data lists asking rents in the building at $65 per square foot.

Savills Studley’s Scott Bogetti, Sean Hoffman and Christopher Thompson represented the subtenant in the deal while colleagues Nick Zarnin and Greg Bante handled it for Chipotle.

“We secured VidMob a workplace that will help them attract talent and support continued expansion,” Bogetti said in a statement. “VidMob’s new home is perfectly located in Manhattan’s most desirable office market for creative companies, and was fully built, furnished and wired, enabling the company to move in immediately.”

Denver, Colo.-based chain Chipotle moved into 126 Fifth Avenue, owned by 126-8 Fifth Avenue LLC, in 2010, as GlobeSt.com reported. In May 2018, Chipotle announced it would ditch New York City and Colorado to move its offices to Newport Beach, Calif., and Columbus, Ohio, as CO previously reported.

Other tenants in the 11-story 126 Fifth Avenue investment firm Brooklyn NY Holdings and Ellman Realty Advisors along with exercise clothing brand Athleta in the retail space.