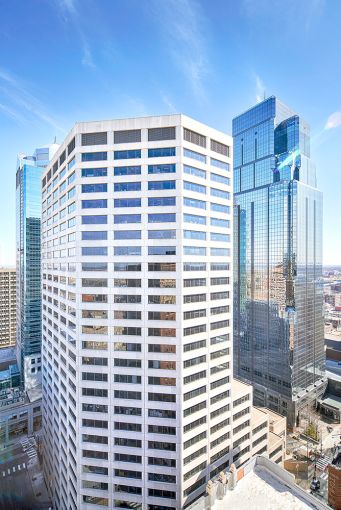 TPG Real Estate Finance Trust has provided $60.2 million to Somera Road to finance the acquisition of 30-story office tower in Kansas City, Mo.’s financial district, according to HFF, which arranged the debt.

“This was a highly stressful closing that bridged the holidays and the new year – the teams were incredibly responsive and professional, working around the clock to get this deal over the finish line,” Ian Ross, a principal at Somera Road, said in a prepared statement. “We have been a long-time believer in continued growth of the downtown [Kansas City] market and we believe the timing and the supply and demand dynamics are just right to bring this asset back to Class A status.”

Specifically, the debt proceeds will finance renovation, rebranding  and repositioning efforts aimed to make the asset the “premier downtown office tower” in the city, according to information from HFF. The additions will include a fitness center and tenant lounge, dining options, a renovated lobby, a hospitality center and a conferencing center.  Somera will also add retail terraces and public seating to the property’s exterior.

A spokeswoman for TPG RE Finance Trust told Commercial Observer in a statement that while the firm typically targets larger loans in primary markets, it looks to provide this type of transitional financing in secondary markets to strong sponsors.

In February 2018, Commercial Observer reported that City Center Square backed the second-largest loan ($32.5 million) in Värde Partners’ first ever collateralized loan obligation (CLO) transaction, known as VMC 2018-FL1. At the time of securitization, the asset was only 52 percent leased, with 70 tenants, making it one of the riskier assets in the $368 million pool.

In the deal, which was rated by Kroll Bond Rating Agency (KBRA), the CLO’s KLTV—a loan-to-value-like indicator derived from KBRA’s cash-flow analysis—was at 128.3 percent, which was riskier than any CLO transaction the agency had rated the previous year in 2017.