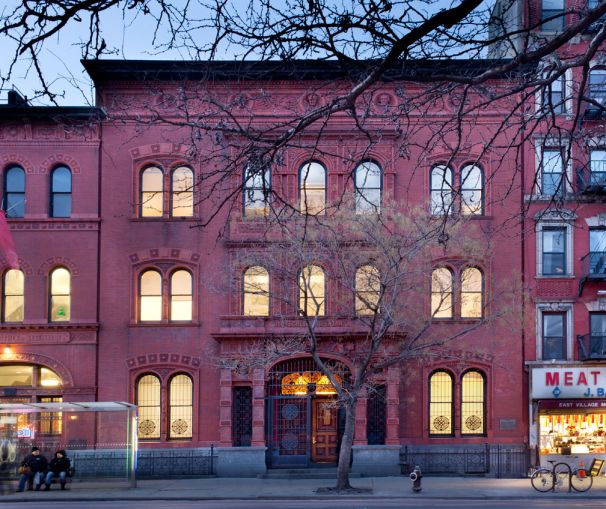 The Wing, a women-centric coworking company and social club, is relocating its corporate headquarters to an entire 21,896-square-foot building in the East Village.

The Wing has leased 137 Second Avenue from WeWork investor Joel Schreiber and Jenny Jangana Haim of Continental Equities, per The Real Deal. (Despite being a competitor, WeWork is one of the Wing’s biggest investors.)

According to a company spokeswoman, the move was necessitated by the increase in full-time staff from four people to more than 150, since launching in October 2016.

Milsmith Real Estate’s Matthew Mummert and Joshua Smith represented ownership. Mummert told CO the building—which spans four stories including a lower level—was occupied by ?What If! for a decade until the company moved to Industry City in Brooklyn in November 2018. Wing member Isabel Solmonson Cohen of Runyon Group represented Wing.

As for the terms, Mummert and the Wing spokeswoman would only say the lease was “long term.” The taking rent, according to Mummert, “was in the high $60s [per square foot] for the first year of the lease with market increases going forward.”

In the spring, the Wing will relocate from its Soho digs near its neighborhood coworking space at 52 Mercer Street, per the Wing spokeswoman. The firm is “looking forward to bringing our signature Wing design to the [new] space,” she noted.

On the building selection, the spokeswoman said: “It was important for us to pick a building that could accommodate our growing team and also, true to Wing style, we wanted a building that had historical significance.”

In terms of significance, she was referring to the following history in Daytonian in Manhattan: “The wife of one of the hospital’s most active donors, Oswald Ottendorfer, took on medical care for the indigent German population as a passionate cause. In 1880 Anna Ottendorfer gave $68,000 for the construction of a wing devoted to women.”

The Wing was cofounded by Lauren Kassan and Audrey Gelman in New York and modeled after the women’s club movement of the 19th and early 20th centuries. The company has six spaces in Soho, the Flatiron District, Dumbo, Brooklyn, Washington, D.C. and San Francisco with six other locations to come, including one in West Hollywood, Calif., as CO previously reported. This past December, the Wing raised $75 million in a Series C round, bring its total fundraising to $117.5 million in two years, the firm noted.