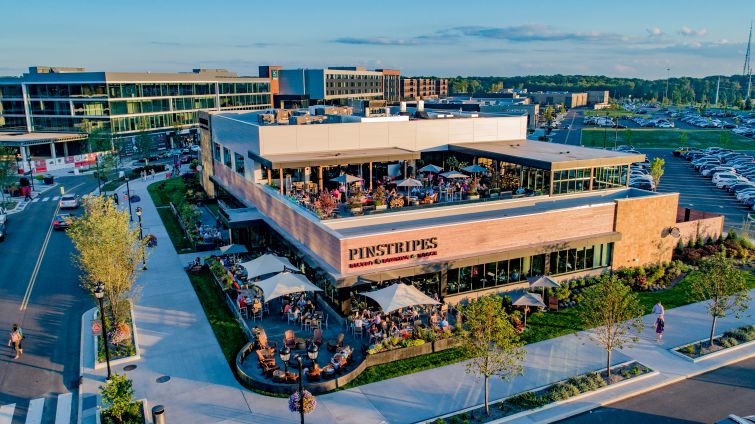 A Cleveland-area mixed-use development has landed a $171.5 refinancing from Square Mile Capital Management, the lender announced this week.

The floating-rate debt replaces debt from the project’s construction and includes funds to fully stabilize the asset, an office and retail development called Pinecrest, a Square Mile spokesman said.

The 750,000-square-foot project, at 200 Park Avenue in the Cleveland suburb of Orange Village, Ohio features two office buildings and 87 residential apartments as well as 400,000 square feet of retail space on its 58-acre plot. Peddlers at the property, which was finished last spring, include Whole Foods, REI, West Elm, Williams-Sonoma, and a movie theater. A trio of developers had a hand in its construction: Fairmount Properties, DiGeronimo Companies, and a third equity investor whom Square Mile did not identify.

Representatives from Fairmount and DiGeronimo did not immediately respond to inquiries.

“Pinecrest is a one-of-a-kind asset in a strong submarket, and it offers a diverse and exciting retail tenant roster,” Matthew Drummond, a Square Mile executive, said in a statement. “[Fairmount and DiGeronimo] have a track record of success in Cleveland and have strong reputations in that metropolitan area.”

Orange Village is an affluent suburb where most households earn more than $100,000 annually, according to U.S. Census Bureau data, and that’s reflected in strong asking rents at Pinecrest’s apartments, known as 4th and Park. One-bedroom units go for as much as $2,400 per month, and some three-bedroom apartments are on offer for over $3,700, according to Apartmentguide.

Cleveland-area shopping centers haven’t been entirely spared the financial woes facing mall-owners nationwide: a trio of CMBS-backed retail properties northeast of the city, in the Ohio towns of Mentor, Plainsville and Madison are all in foreclosure, according to data from Trepp. Southwest of the city, a mall in Elyria, has been repossessed by its special servicer. But those assets are either strip malls or shopping centers with tenants that lack Pinecrest’s luxury gloss—shops like JC Penney, Best Buy and Walgreens.