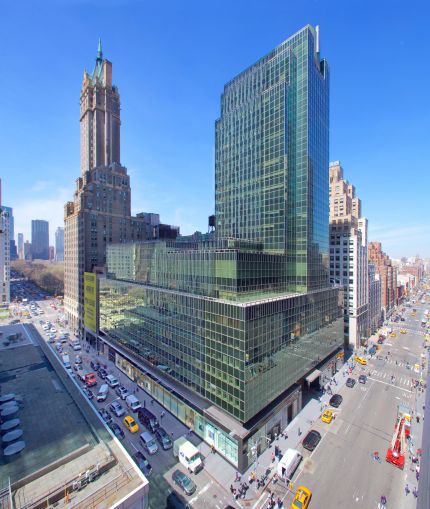 Luxury residential brokerage Sotheby’s International Realty will relocate and expand its Upper East Side headquarters, the company announced in a release.

Sotheby’s will relocate to 650 Madison Avenue between East 59th and East 60th Streets, from its current headquarters around the corner at 38 East 61st Street, Crain’s New York Business first reported. The brokerage has signed a lease with Vornado Realty Trust for the entire second floor of the 27-story building, for a total of 38,000 square feet.

The move marks a 32 percent increase from Sotheby’s current space, where it occupies 28,800 square feet, according to a spokeswoman for Sotheby’s.

“It’s a long-term lease, and we’re certainly confident in the market,” Ghesquiere said, declining to provide the length of the lease.

Sotheby’s joins office tenants Ralph Lauren Corporation and the Bloomberg Foundation at the new Madison Avenue address, while retail tenants at the building include Tod’s and Moncler, and will soon include French designer Celine, which signed a 5,000-square-foot lease at the property in 2018, according to The Real Deal.

Andrew Ackerman of Vornado Realty Trust represented Vornado in-house, and Ross Perlman of Newmark Knight Frank represented the tenant. Vornado is the manager of the building, which is owned by a partnership of Vornado, Crown Acquisition, Oxford Properties and Highgate Hotels.

Vornado and Newmark Knight Frank did not reply to requests for comment.