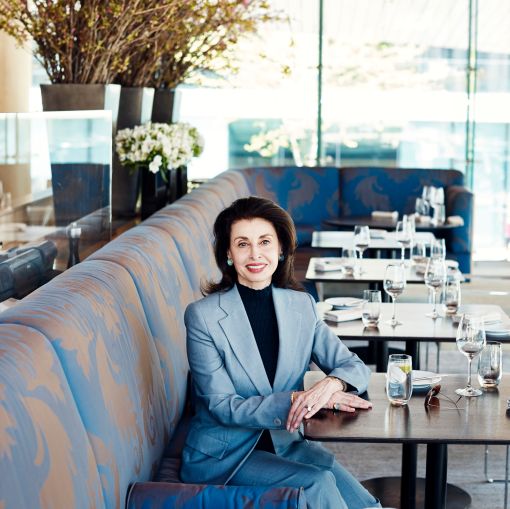 Like New York City, commercial real estate never sleeps. We are witnessing an era of transformation as office tenants reshape business for the 21st century, populating the workforce with talent that in turn is reinventing how we work. Instead of just being an expense, real estate has become a key tool for winning the talent war and defining a brand’s culture.

What business leaders are telling us is that they want new or redeveloped buildings, rather than renewals or renovations of current space, as a key part of that reinvention. Part of the vibrancy displayed by forward-thinking firms is their willingness to gamble on new locations and new forms of work environments.

Sixty-four percent of this year’s leasing activity for 100,000 square feet or larger were for spaces in new or rehabbed buildings. That is a staggering statistic, especially considering that, at 32.4 million square feet of new leases, 2018 was the most active year in nearly two decades.

While renewals historically account for a quarter of the market’s real estate deals, that percentage has dropped to just under 16% in 2018, with corporate tenants opting for the more disruptive and more expensive relocation strategy. While these occupiers are relocating offices, they are choosing to stay in New York City, underscoring its traditional position as the center of the global business marketplace.

Another major factor driving the leasing decisions of corporate occupants is the desire for flexibility. No fewer than 18% of last year’s lease activity was for coworking space, a need that doesn’t fit the capital structures of traditional buildings. That is why innovative responses to that need are growing on the part of ownership. Hana, CBRE’s newly created, wholly owned subsidiary, which provides custom space on demand, and Tishman Speyer’s Studio are just two prominent examples.

In this quest for the right environment, the demand for a specific geographic location has fallen to the wayside. Major relocations following this pattern include such names as Latham & Watkins. The law firm is moving from the Lipstick Building on Third Avenue across town to 407,000 square feet at 1271 Avenue of the Americas. Formerly known as the Time & Life Building, 1271 rebranded itself after a $500 million renovation.

Submarkets around the City are gaining from this relocation trend, evident in companies that are well-established as well as hard-charging up-and-comers. Among the newer corporate names, Peloton, exhibiting enormous growth in its short, seven-year history, has moved from Chelsea to 312,000 square feet at 441 Ninth Avenue. As examples of older, more established corporate tenants, pharmaceutical giant Pfizer is relocating from its home of nearly 60 years to Tishman Speyer’s Spiral in Hudson Yards. And, as WarnerMedia relocates to Hudson Yards, Deutsche Bank plans to move uptown from Wall Street to 1.2 million square feet at (what is at least for now) Time Warner Center. In addition, we are seeing a slew of former Garment Center businesses opt for spaces Downtown as their historic submarket undergoes rezoning. Is the Financial District still Downtown if major banks occupy space elsewhere? Is New York’s Garment Center still in Midtown? These unexpected moves are redefining how space intended for one industry is being repurposed for another’s.

And, of course, the tech industry is a growing player in this relocation trend, with 2.5 million square feet of leases this year attributable to tech firm activity. For example, look to Midtown South with the growth of Google, which is expanding from 111 Eighth Avenue into Chelsea Market across the street, and Facebook, which is taking additional space close by at 770 Broadway.

The relative insignificance of submarkets’ geographic location also extends beyond Manhattan. It is anticipated that there could be as much as 300,000 square feet of new office demand in Long Island City as a result of Amazon’s coming move there—a boost of 80% over 2017 leasing activity. In addition, some estimates suggest that housing demand will increase by roughly 30,000 to 48,000 rental units as a result of the addition of 108,000 jobs. (But, of course, in New York City even good news often has an opposition party form around it.)

Yet not every company chooses to relocate. Financial services giant JPMorgan Chase last year unveiled plans to tear down its current home at 270 Park Avenue and create a new, 2.4-million-square-foot tower on the site, more than doubling its capacity. When CEO Jamie Dimon committed to demolishing its headquarters in order to build anew—the first such decision in the City’s history—he was also committing to what was undoubtedly the boldest real estate strategy of the year.

That creativity was enabled by flexible zoning. Those of us who worked on the Midtown East rezoning plan could never have imagined the full range of benefits that would come from it. It exemplifies how New York’s creative, talented business people, acting collectively, create results no one could have predicted.

Corporate occupiers are hunting for the sort of spaces that will support their mission and brand, that will showcase their investment in talent and business operations—spaces rich with amenities, located in vibrant communities.

There’s an energy generated by new construction or a repositioned asset, a ripple effect of ancillary activity. In effect, the City, the neighborhood, becomes the amenity. Manhattan, as these relocations prove, is an amenity unto itself. We have seen it at 1271—which has virtually no amenities other than that massive attraction known as Rockefeller Center, yet proved to be one of 2018’s most successful lease-ups. We have seen it at the World Trade Center. Both JPMorgan Chase, without even having broken ground, and One Vanderbilt, a 1,401-foot-tall skyscraper set for completion by the end of 2020, have already created heightened neighborhood optimism in Midtown East.

In other words, that investment spreads well beyond the confines of the new building itself. These relocations deliver exciting and vital benefits to the local neighborhood; when a major company makes such a move, it adds to and redefines the area that surrounds it. Once 425 Park Avenue—the 675,000-square-foot skyscraper undergoing a $1-billion redevelopment by L&L Holding Co.—opens its doors, will the neighborhood look the same? We all know the answer.

Every significant relocation that takes place throughout New York City tells a similar story, a story of redefinition and renewed vitality. It is a story of the brand and culture of corporate occupiers of all types, a story of the people living that brand and reinventing it. And in many cases, certainly those mentioned here, they are using real estate as the vehicle for reinvention.