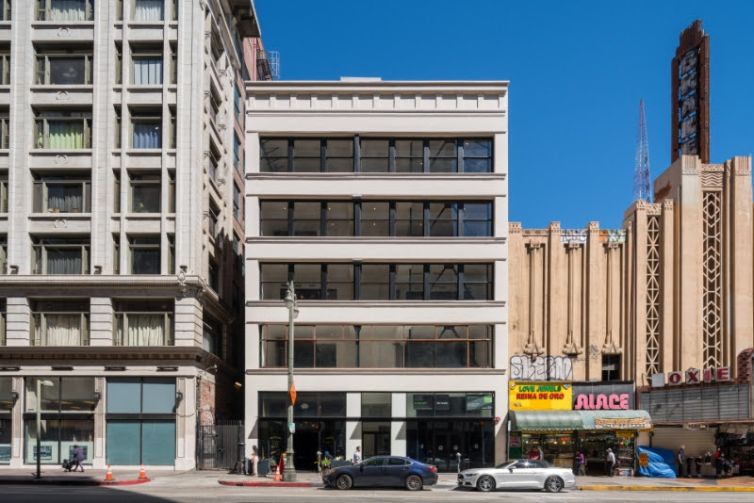 NHN Global, the U.S. subsidiary of game developer NHN Entertainment, has shelled out $22 million—or $595 per square foot—for the historic Pettebone Building at 510 South Broadway in Downtown Los Angeles, according to a release from Cushman & Wakefield which represented the seller, L.A.-based development company RYDA Ventures. The sale, which closed this past Christmas Eve, was first covered by Los Angeles Business Journal.

The U.S. arm of the prominent South Korean video game developer will be relocating its headquarters from 3530 Wilshire Boulevard in Koreatown once Gensler completes tenant improvements at the Pettebone Building, according to Carle Pierose, a partner at Industry Partners, who represented NHN in the transaction.

The company will utilize the entire five-story, 39,975-square-foot building aside from retail space on the ground level, occupied by Mexican restaurant Mezcalero, and YAKIDO, a well-known yakitori restaurant from Hong Kong.

“They acquired the property to meet their current and future growth needs,” Pierose told Commercial Observer. “They loved the area, the historic character of the building, the nearby amenities and the fact that it’s close to mass transit.”

Pierose said that NHN considered locations in the Arts District, Silverlake and Chinatown before settling on the property in the Historic Core of downtown.

After purchasing the property in 2015 for $7 million, RYDA secured Historic-Cultural Monument status for the building, originally built in 1905, in 2016. The developer conducted a full core and shell renovation, restoring the early 1900s facade and intricate original window system. RYDA  also brought it up to seismic code and added modern upgrades such as new elevators, fiber internet, and a 3,000-square-foot rooftop deck with views of Downtown L.A., according to C&W.

“Not only does this high-watermark sale speak to the vision and expert craftsmanship of RYDA, but it also demonstrates the tremendous evolution and appeal of Downtown L.A., and particularly the Historic Core, as a real destination for brands and world-class tech enterprises,” said Andrew Tashjian of C&W, who represented the seller with Michael Gooch.

This deal follows a recent influx of prominent South Korean companies moving downtown, including Hanjin International Corp. which occupies a full floor at its Wilshire Grand Center property and grocery chain PK Market, which, as CO reported, will open its first U.S. store and headquarters at 712 South Olive Street.