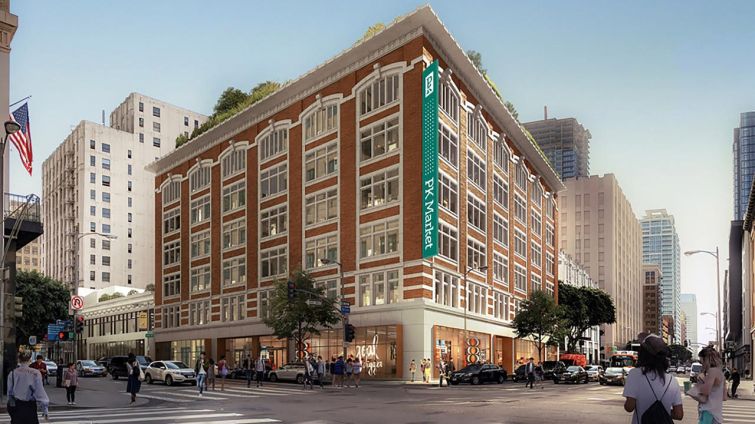 The Downtown area was home to some of the largest retail leases (by square footage) signed in 2018 in Los Angeles, according to statistics supplied by Cushman & Wakefield and Commercial Observer research.

At the top of the list, however, is a 56,200-square-foot lease inked in January by 1 Up Fitness Group North America, a subsidiary of Berlin-based McFit Global Group, for the entire five-story building at 962 North La Brea Avenue in Hollywood, as The Real Deal reported. The vacant building at the intersection of La Brea Avenue and Romaine Street includes three 12,500-square-foot floors, and two other floors spanning 6,250 square feet apiece. The L.A. branch is the first location in North America for the fitness company, which has a major foothold in Europe with more than 1.4 million members across 260 fitness clubs.

Another international brand—South Korea-retailer PK Holdings—bet on the City of Angels for its North American operations, signing for a 34,000 square feet at 712 South Olive Street in September. As CO reported, the retailer signed a 10-year lease for a new overall 51,692-square-foot U.S. headquarters (with retail component) at the historic property in DTLA in a deal worth $40 million, a source familiar with the deal previously told CO.

In third place is a 21,000-square-foot transaction for furniture showroom Luminaire at 8840 Beverly Boulevard in West Hollywood signed in August. The 10-year-lease at the Crown Equity property for the two-story showroom, which opened this fall, is the Miami-based retailer’s first West Coast location, according to TRD.

The fourth- and fifth-largest leases were signed by Uniqlo and Dover Street Market (DSM), which each signed 15,000-square-foot deals this year.

Experimental multibrand chain DSM, meanwhile, signed on for space at 606-608 Imperial Street in the Arts District—making it the retailer’s sixth Los Angeles locale, according to The Wall Street Journal magazine—late last month.