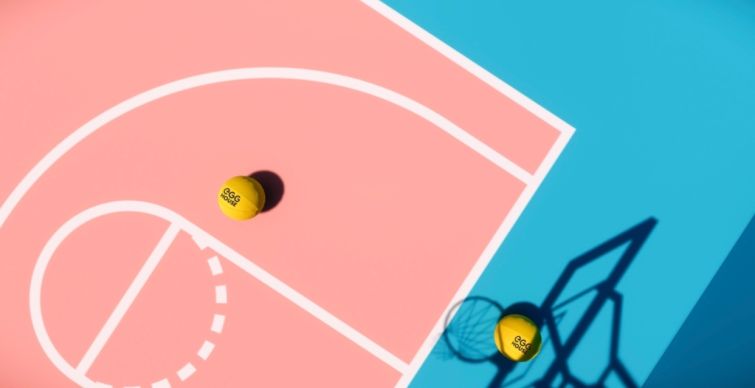 Egg House, an immersive egg-themed pop-up, is set to open at 1001 Wilshire Boulevard in Downtown Los Angeles next month for a three-month run, according to a release from the company behind it. The L.A. location, slated to open in late February, comes on the heels of Egg House pop-ups in New York and Shanghai and will be four times the size of the New York pop-up.

The lease is for the entire 14,400-square-foot first floor at the 36,076-square-foot three-story property, a spokeswoman for the venture told Commercial Observer. The space was selected because it was conveniently located for visitors from both the West and East Sides of Los Angeles and it offered abundant on-site parking for anticipated weekend crowds, according to the spokeswoman. She declined to provide further lease details.

Chandler Larsen and Jonathan Larsen of Avison Young, who represented the landlord—an LLC of the same building address—did not return calls for comment. However, according to a leasing brochure for the building, the space was being offered for $31 per square foot, with a negotiable lease length, and the option to rent the entire vacant building.

The Los Angeles iteration of the egg-centered pop-up will feature 15 scenes showcasing some of the city’s iconic attractions, including a 750-square-foot basketball court that pays homage to the Staples Center, a beach-centered scene at the Santa Monica Piers and a miniature room filled with tiny tableware set for brunch in L.A., per the release. It will also include five stations serving edible egg-centered “pick-me-ups,” which an Egg House spokeswoman told CO will include mocha, lollipops, cotton candy and chocolate, as part of the yet-undisclosed ticket price, and “eggcessories” available for purchase for egg lovers.

Biubiu Xu, the 25-year-old founder of Egg House, said in the release that the store is keeping “some of our best scenes a secret” until its debut.

The egg-centric concept began with the 3,300-square-foot New York pop-up at 195 Chrystie Street, which ran from April 7 to June 27 before moving on to Shanghai where a 4,900-square-foot installation began a limited run in late July.

Xu, a native of Wenzhou in China, told the South China Morning Post that she was inspired to create Egg House after visiting 29Rooms by Refinery29 in New York in 2015. The installation, which Refinery29 launched in September 2015 to “bring our brand to life” and timed to “disrupt the exclusivity of Fashion Week,” was the forerunner of the trend. Egg House follows in the footsteps of other food-centric and Instagram-oriented offerings like the Museum of Ice Cream, which now has a permanent location in San Francisco. Pop-up museums that are less museum than immersive photo opportunities, are part of a trend that, as CO reported last August, show no signs of slowing down, with pop-ups dedicated to candy, rosé wine and dreams leasing space in various New York City locations for their temporary runs.