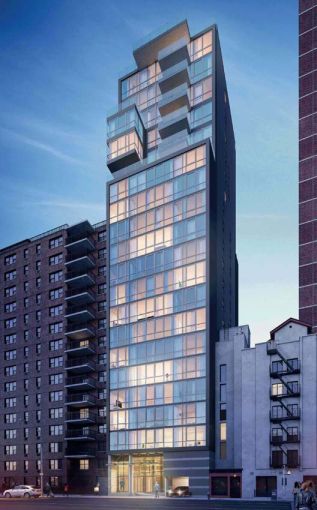 Wonder Works Construction has landed a $68 million mortgage from Deutsche Bank to refinance a recently finished condominium tower on the Upper East Side of Manhattan, sources told Commercial Observer.

“It was a pleasure working with Wonderworks, a premier developer in Manhattan,” Betesh said in a statement. “We were able to create a competitive bidding process and match Wonderworks with a lender who appreciates their experience and track record.”

The new package refinances construction debt that the Manhattan-based builder received from Pacific Western Bank three years ago. With construction complete, Brown Harris Stevens, the marketing and sales agent, expects early buyers to close on the first apartment there within about two months, a company representative said.

A 1,400-square-foot two-bedroom unit on the building’s third floor is on the market for $2 million, according to the building website, while a 500-square-foot one-bedroom apartment one floor up is being hawked for $915,000.

When construction financing came through in early 2016 years ago, the lot was almost a quarter-mile from the nearest subway stop. But the Second Avenue subway project, whose first phase opened on the first day of 2017, placed a subway stop on the Q line steps from the building’s entrance.

A two-story lobby, a garage and a rooftop deck round out a list of Vitre NY’s amenities.

Elsewhere in Manhattan, Wonder Works is overseeing residential construction projects at 117 West 21st Street, at 287 East Houston Street and at 114 Mulberry Street. Representatives for the company did not immediately respond to inquiries, and a Deutsche Bank spokesman declined to comment.