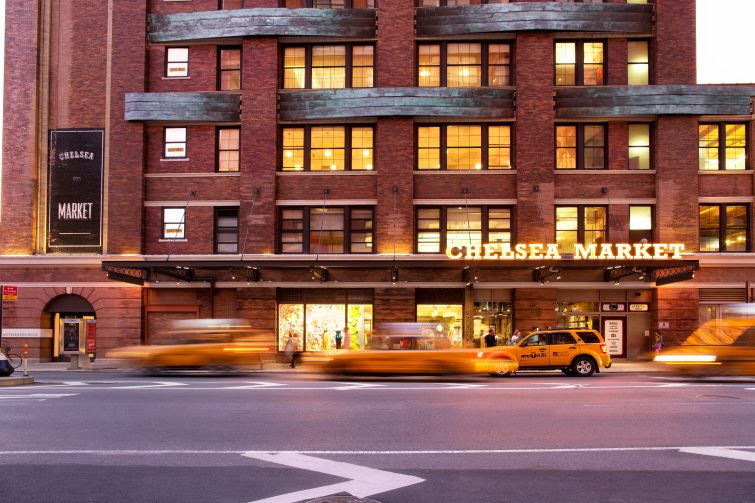 Google, which already occupies a significant portion of the 1.2-million-square-foot Chelsea Market building, has sealed a deal to buy the mixed-use property from Jamestown for $2.4 billion. The transaction was finalized today, according to a press release from Jamestown.

Jamestown will continue to manage the retail and food hall at Chelsea Market, a former Nabisco factory at 75 Ninth Avenue that occupies the full block between Ninth and 10th Avenues and West 15th and West 16th Streets, the release indicates. And according to The Wall Street Journal, Jamestown will retain the branding rights and intellectual property connected to the Chelsea Market name outside of Manhattan.

“For Jamestown, this is the highest-profile example to date of our unique approach to creating value, but it’s consistent with transformative projects we’ve successfully undertaken across the country,” Michael Phillips, the president of Jamestown, said in a statement. “It’s a combination of identifying underutilized locations, creative and visionary repositioning, value-creating management, rigorous financial analysis and patience.”

Jamestown purchased a 75 percent stake in Chelsea Market in 2003 for $280 million, according to property records. Then it bought out its partners in 2011, spending a total of $795 million, records indicate. Office tenants in 75 Ninth Avenue include Google in 400,000 square feet, as well as Major League Baseball and the Food Network.

Google has been growing its footprint in Chelsea. In 2010, the tech giant bought 111 Eighth Avenue from Jamestown, Taconic Investment Partners and the New York State Common Retirement Fund for $1.77 billion. That property, which houses Google’s headquarters, is across from Chelsea Market. Last year Google expanded by 60,000 square feet to 240,000 square feet at 85 10th Avenue between West 15th and West 16th Streets, as CO previously reported. And at Pier 57, Google plans to tack on 70,000 square feet for offices and 50,000 square feet for public engagement space to the 250,000 square feet it has already leased.

Google, a unit of Alphabet Inc., said in an official statement: “This purchase further solidifies our commitment to New York, and we believe the Manhattan Chelsea Market will continue to be a great home for us and a vital part of the neighborhood and community.”