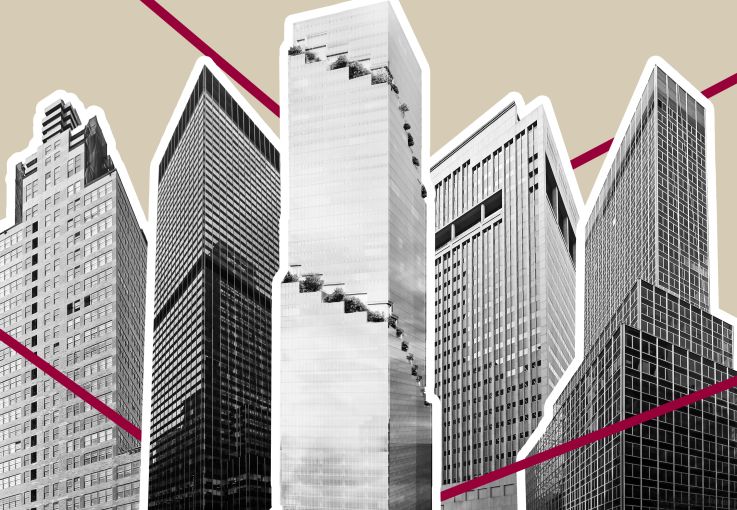 New York City’s strong economy and an incredible boom in new office space has made 2018 another banner year for office leasing. It will even beat 2017, another record-breaking year for the office market.

By the end of November, office tenants had leased 32.6 million square feet in Manhattan, surpassing the 2017 total of 30.2 million square feet by 7 percent, according to data from Cushman & Wakefield. And despite all the buzz surrounding Midtown South and Downtown, Midtown remained the unchallenged location for the top five deals of the year.

Per C&W, the largest lease of the year, (but, hey, there’s still another 20 days to go from publication date until 2019), was Pfizer’s leaseback of its longtime headquarters at 219 and 235 East 42nd Street, which sold to investor David Werner for $360 million in April. The pharmaceutical giant simultaneously inked three deals. The drug conglomerate signed a 1.2-million-square foot lease with its new landlord on East 42nd Street that would allow it to stay in its home until 2022. At the same time, it unloaded the pair of nine- and 33-story buildings to a partnership between Alexandria Real Estate Equities, Werner and Deutsche Bank. Then the 169-year-old firm sealed the third-largest lease deal of the year at Tishman Speyer’s planned 65-story office tower by Hudson Yards, The Spiral at 66 Hudson Boulevard. Pfizer will occupy 798,278 square feet across 15 floors of the 2.8-million-square-foot tower on a 20-year lease.

Unsurprisingly, J.P. Morgan Chase inked the second-largest lease deal of the year at 277 Park Avenue. The bank, which was recently dethroned by WeWork as the city’s largest tenant, renewed 855,000 square feet in the Stahl Organization-owned tower between East 47th and East 48th Streets in April. The deal was finalized after the financial institution announced it would tear down and rebuild its SOM-designed headquarters at 270 Park Avenue, also known as the Union Carbide Building. While searching for space to house its employees during demolition, Chase hammered out the sixth-largest lease of the year, for 436,905 square feet at L&L Holding Company’s 390 Madison Avenue.

The fourth- and fifth-biggest deals of the year also went to large, institutional tenants. In July 1199 SEIU United Healthcare Workers East consolidated its large Manhattan footprint from two separate Times Square buildings into one at George Comfort & Sons’ 498 Seventh Avenue. The health care workers union signed a 30-year lease for 520,000 square feet across 14 floors of the 26-story building between West 36th and West 37th Streets. In exchange, the organization will leave the building it owns and operates at 310 West 43rd Street, and its retirement fund will vacate its offices at 330 West 42nd Street.

In the fifth-largest transaction, media and financial wire service company Bloomberg L.P. renewed 467,888 square feet at 120 Park Avenue in November. The news outlet will remain on the eighth through 23rd floors of the 46-story building owned by Global Holdings Group through February 2029, as Commercial Observer previously reported. The company moved into the 630,000-square-foot tower in 2011 after outgrowing its headquarters at 731 Lexington Avenue.