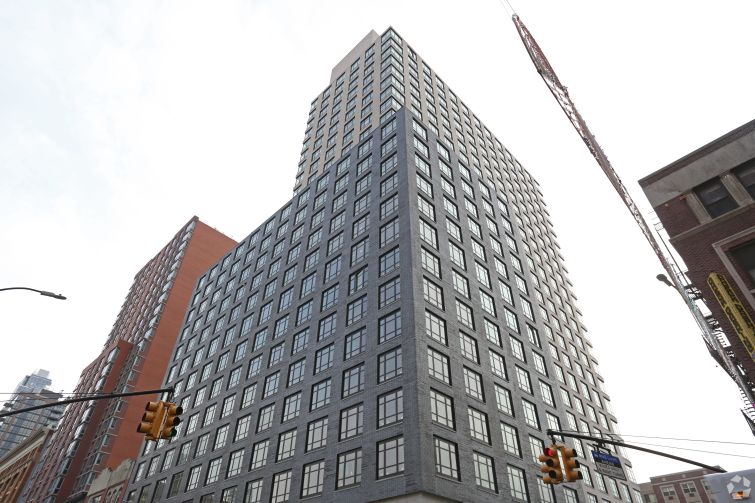 The ‘bucks will soon stop at Hoyt & Horn, a new rental building in Downtown Brooklyn.

Starbucks signed a lease for 2,050 square feet on the ground floor of the property at 45 Hoyt Street between Livingston and Schermerhorn Streets, Commercial Observer can first report. It will open there in spring 2019.

The deal is for 10 years, per a news release from Benenson Capital Partners and Rose Associates, which developed the 368-unit, 26-story residential property, with an alternate address of 210 Livingston Street, that opened in March. The asking rent was $125 per square foot, a building spokesman indicated.

The residential portion of the property is fully occupied with monthly rents starting at $2,949 for studio apartments, per CoStar Group data, and there remains 11,100 square feet of available retail space.

Bruce Spiegel of Rose Associates represented the owners in the deal and Diana Boutross of Cushman & Wakefield represented Starbucks. A C&W spokesman confirmed she did the deal.

The coffee behemoth is not new to Downtown Brooklyn with Starbucks outposts at 348 Fulton Street, 395 Flatbush Avenue Extension, 309 Gold Street and 50 Court Street.