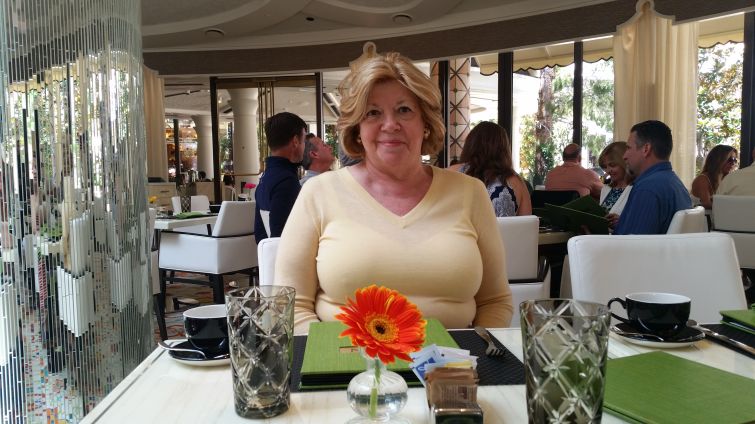 Retail superbroker Faith Hope Consolo died early yesterday morning in her Upper East Side home at the age of 73, a spokesman for Douglas Elliman, where Consolo was the chairman of the retail division, told Commercial Observer. Sources believe the cause of death was a heart attack, but the official cause is as yet unknown.

Steven James, the president and CEO of Douglas Elliman in New York City, wrote in a companywide memo: “Faith was a legend in New York commercial real estate especially the New York City retail stores and businesses. Many of her clients were long term ones. They believed in her to get the job done! And she did! She was a high-voltage character but deep down there was a heart that just wanted to be loved.”

Consolo, the self-described “Queen of Retail,” headed up a seven-person team at Douglas Elliman since joining the firm in 2005. Prior, the Ohio native was a vice chairman at Garrick-Aug Worldwide for roughly 20 years.

Her clients included Cartier, Versace, Zara and Louis Vuitton, according to The Real Deal, but because of her outsized personality and how often she was quoted in the media, she was often criticized for being overexposed.

Long-time friend and Douglas Elliman broker Esther Muller, said: “I’m in Israel right now. It is a real loss to our industry and a real loss of a friend. She was a very, very dear friend. I’m just devastated.” Muller described Consolo as “bigger than life.”

Muller said Consolo didn’t feel well for a few days prior to her death, and didn’t consult a physician.

The message, Muller said, is to “take time for yourself.”

Muller continued: “She had her work. She had her team. She cared about her deals probably more than anything else in the world. And that was it. Her work was her life.”

John Banks, the president of the Real Estate Board of New York, said, “The industry will miss her talent, passion and her love for New York City.”

Some real estate pros took to Twitter to memorialize Consolo:

RIP Faith, I’m sure your gonna ruffle some feathers in heaven! Larger than Life personality, that I enjoyed spending time with 💕 https://t.co/ow2VgUdCOb

Shocked and saddened, will miss her kindness and friendship , truly a heart of gold …. may her memory be a blessing https://t.co/UAZXUxGBQU @trdny

Update: This story has been edited to reflect that Faith Hope Consolo was 73 at the time of her death.