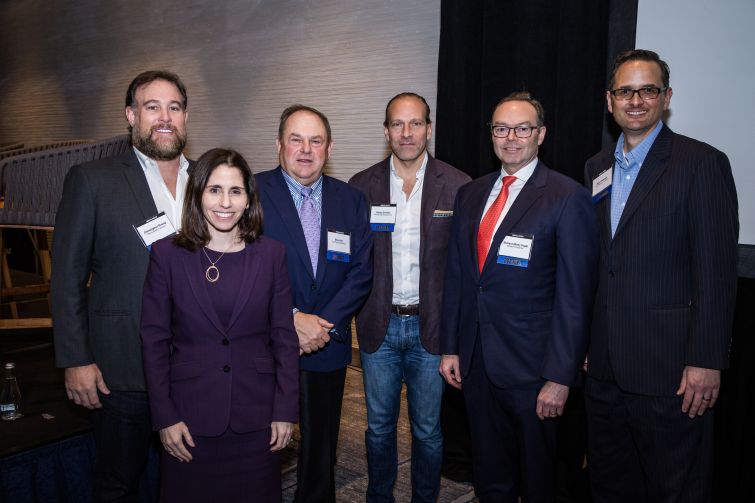 Landlords that want to prosper need to have their finger on the pulse of demographic changes, according to some of the industry’s top landlords who spoke on a panel devoted to the owner’s perspective at Commercial Observer’s Inaugural Financing Commercial Real Estate Forum in Los Angeles yesterday.

“You create value by being on the leading edge of the next big idea to be able to adapt or respond to demographic shifts,” Rick Vogel, senior vice president of Related Companies, said. “The way we work, the way we live, what we prefer, how we want to do things and acting in tradition never works in the long term.”

For Related, which is co-developing the massive $1 billion mixed-use project, The Grand (formerly known as the Grand Avenue Project) being designed by famed architect Frank Gehry across from his iconic Disney Concert Hall in downtown Los Angeles, that has meant rethinking the approach at projects anchored by retail.

“We are now going through a whole new reconceptualization of what retail might be. Taking people from online to offline. We never thought that would happen. We’re doing that right now. Experiential retail, multi-brand stores where we as the landlord might actually be the tenant to being able to provide a marketplace for people to be able to set up a pop-up for a short time,” he told attendees during the closing day panel moderated by Loryn Arkow, a partner at Stroock & Stroock & Lavan.

While Vogel said he experienced no pushback from his lenders—who agreed to financing without any preleasing requirements because of Related’s reputation—overall, he said that lenders haven’t caught up to the sea change happening. “Lenders need to pay attention to what’s changing and get behind sponsors that they trust and execute because that’s where the value is going to be created,” he said.

Arturo Sneider, CEO of Primestor Development, seconded Vogel’s view. Sneider, whose company focuses on development projects in underserved communities, said he had seen a huge amount of creativity from developers and retail operators in terms of figuring out what “the next big thing is,” but not so much on the finance side.

“We’ve got national and international brands that are coming to us that are brilliant, experiential ideas, new concepts, new pop-ups or is it flexible format and structures that I think will help solve that puzzle but the financing for that is sort of saying we’re not exactly sure what that means,” Sneider, who is behind the retail component of the massive redevelopment of Jordan Downs in Watts, said.

Chris Rising, president of Rising Realty Partners, who has an ownership stake in several high-profile office properties in downtown Los Angeles including One California Plaza and the CalEdison building, spoke about how demographic shifts have altered tenant demands in the workplace.

“How we work, how we live is so fundamentally different. And I think the apartment world saw it first and the multifamily and the condo market saw it first. Hotels have seen it,” he said, elaborating on thoughts he shared in his sit-down interview with Commercial Observer last month. “It’s just a matter of time before Alexa or AI, Google Assistant are throughout our buildings. You’re just going to see this merging between a 24-hour lifestyle between retail, hotels, residential and office.”

Participants, which included Robert Hart, president and CEO of TruAmerica Multifamily and Brian Saenger, COO and General Counsel of The Ratkovich Company, also touched on Opportunity Zones, which Rising admitted he underestimated when the buzz began.

“I don’t know how these opportunity zones are going to play out, but I can tell you it’s a heck of a lot bigger than I thought it would be,” he said.

“I was so pessimistic about it in the beginning, but now I’m seeing something different. The highest rent being paid by a tenant right now in downtown Los Angeles is Spotify in the Arts District and the Arts District is an Opportunity Zone. I think you’re going to see this big push into Opportunity Zones and Adaptive Reuse. It will be interesting to see how the lending market plays along.”