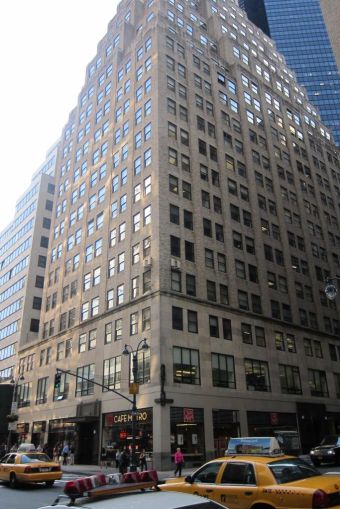 In what will be its second round with the property, Broad Street Development has nabbed roughly $155 million from Invesco Real Estate to facilitate its $190 million purchase of 370 Lexington Avenue from Japanese investment firm Unizo Holdings, according to information from Invesco and from records filed today with the New York City Department of Finance.

The deal closed on Dec. 17. In September, Real Estate Alert reported that Broad Street had won the bid to buy the 26-story, roughly 312,000-square-foot Murray Hill office building, which was valued at $190 million. Built in 1929, and located between East 40th and East 41st Streets, just two blocks from Grand Central Terminal, 370 Lexington Avenue is nearly 83 percent leased, according to CoStar Group data.

This is the second time Broad Street bought the property. In 2006, the firm paired with Dallas-based Crow Holdings to nab it for $97.2 million, but sold it for $155 million two years later to a joint venture between J.P. Morgan Asset Management and Sherwood Equities.

Unizo then paid $247 million—at a 3.85 percent cap rate—to acquire the Art-Deco property from J.P. Morgan and Sherwood in 2015, according to property records and CoStar Group data, a $57 million loss on the Dec. 17 sale.

Tokyo-based Unizo has been on a selling spree this year after scooping up more than $1 billion worth of property over the last several years. Earlier this month, the firm closed its $269 million sale of 440 Ninth Avenue to Taconic Investment Partners and TH Real Estate—the real estate investment arm of TIAA—as part of its firesale, as Commercial Observer exclusively reported. It had picked up the 411,000-square-foot office and retail building—its first Manhattan building—in 2013 for $211 million, records show.

A month after its September agreement to sell 370 Lexington Avenue, Crain’s New York Business reported that the company was in talks to sell its 10-story building at 321 West 44th Street to either Related Companies or East End Capital for around $150 million, at a roughly $15 million loss.

This story has been updated to include an increased loan amount of $155 million from Invesco.