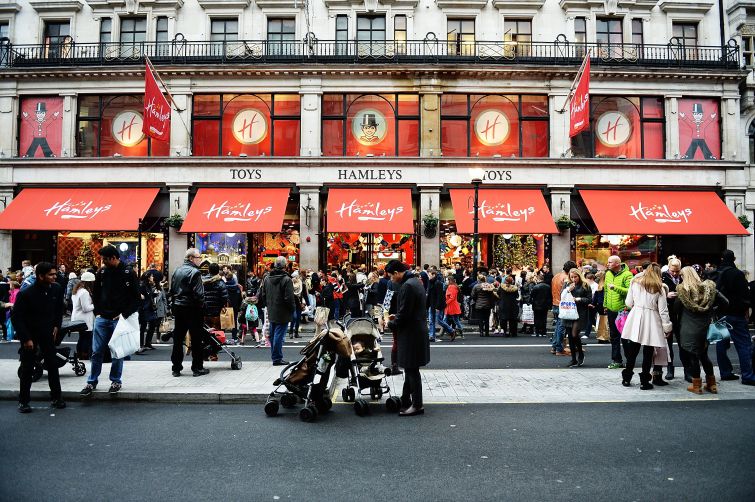 British toy store Hamleys is close to a deal that would bring its wares to Manhattan, for its first-ever U.S. store, Commercial Observer learned at the International Council of Shopping Centers’ New York Deal Making conference.

The 258-year-old London-based toy seller, opened by William Hamley in 1760, is finalizing a deal for roughly 30,000 square feet at 2 Herald Square across the street from Macy’s, sources told CO. It is part of the space previously occupied by H&M’s flagship store. Hamleys would take 11,000 square feet at grade, just under 15,000 square feet on the second floor and about 4,000 square feet of storage space in the basement.

The deal is slated to close in the first quarter of 2019, with the store opening in first-quarter 2020.

Asking rent for the SL Green Realty Corp. space at the intersection of Avenue of the Americas, Broadway and 34th Street is $8 million a year, and the lease would be for 15 years.

The Hamleys lease would mark the beginning of the toy company’s penetration into the U.S., the sources said. It comes as there is an $11 billion hole in the toy industry with the absence of Toys “R” Us.

JLL’s Michael Hirschfeld and Paul Berkman represent Hamleys in the U.S. Hirschfeld declined to comment, but told CO in March 2015: “Toy stores used to be worlds of wonder, kid-sized and kid-leveled, interactive, mesmerizing. It was always an event, always special to visit. Hamleys has stayed true to that.”

CO reported on Monday that SL Green recently completed four transactions totaling 177,081 square feet at the property, a month after scoring $150 million of first-mortgage financing from MUFG Union Bank to recapitalize the asset.