The British Are Coming! Inside the English Invasion of Gotham 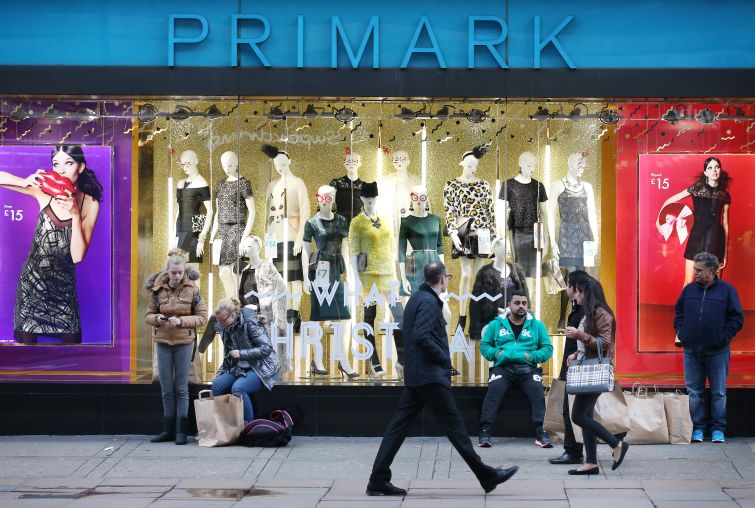 One of the U.K. brands scoping out space in New York is Primark. mgross170

While the New York City-born mayor of London, Boris Johnson, threatens (again) to renounce his U.S. passport, United Kingdom-born businesses are moving in the opposite direction, signing leases all over town.

Attracted by a common language, similar retail opportunities, a large national playing field with essentially one set of laws and great freight system (expansion to other states can be easier than, say, European expansion) and a favorable exchange rate, British investment and leasing activity are growing.

Studying neighborhoods, streets and existing shops is part of Mr. Hirschfeld’s process. He walks clients through locations to consider potential clientele and the overall scene. It takes six to 12 months to develop a strategy for a retailer looking to do a major initiative, he said.

Hamley’s, the 255-year-old London-based toy seller (first shop opened 1760), is in the works, with a plan to open stores in New York City and across the U.S. “Hamley’s has survived in an industry with few survivors,” said Mr. Hirschfeld. “Stores like WalMart and Target have 75 days a year devoted to the toy market, and smaller toy retailers can’t compete. Even Toys ‘R’ Us can hardly compete with Amazon.”

“Toy stores used to be worlds of wonder, kid-sized and kid-leveled, interactive, mesmerizing. It was always an event, always special to visit. Hamley’s has stayed true to that,” said Mr. Hirschfeld, who aims to recreate that experience here.

In addition to Hamley’s, Mr. Hirschfeld and his team are currently working with two British luxury brands: Penhaligon’s, a fragrance company owned by private equity, and Brooks England, a maker of bike saddles (seats).

William Penhaligon was barber and perfumer to Queen Victoria’s court. Penhaligon’s original shop opened in London in 1870, evolving from men’s grooming to perfume. The company’s search for New York City space began at the end of 2014. “Outside of the U.K. and Paris, New York City is the natural next place to expand the Penhaligon’s experience,” said a spokesperson for the company, which expects to make a detailed announcement in April.

John Boultbee Brooks established a horse harnesses and leather goods business in Birmingham in 1866. He filed his first patent for a leather bike saddle in 1882, and the company has been crafting them ever since. Brooks finally opened a London store in 2013 and began seeking space in New York City in the fall of 2014. The company spokesperson was unavailable for comment and JLL declined to reveal addresses or sites.

Dublin-based Primark, a subsidiary of London’s Associated British Food, is also en route to New York City, though the fashion retailer’s first U.S. location is Boston, to open later this year, according to the company’s website. The company did not respond to a request for comment.

Firmdale Hotels, which opened New York City’s Crosby Street Hotel in 2009, plans to open the Whitby Hotel at 20 West 56th Street in April 2016. “It has always been our plan to open two or three hotels in New York,” said Tim Kemp, who owns Firmdale with his wife Kit. (The Real Deal reported back in 2013 that the land that Firmdale is eyeing can support a property as big as 120,000 square feet.) “The success of Crosby Street, which runs at a high occupancy and average nightly rate, confirmed that we were on the right track. We chose a Midtown site as we felt the market will respond positively to our brand without diluting the success of our Downtown property.”

Burger & Lobster, a London-based restaurant mini chain, began seeking space in New York City in March 2013, specifically looking for the right location and neighborhood, said Vladimir Borodin, who’s a partner in the business. (It’s also owned by Michael Zelman, Ilya Demichev and George Bukhov-Weinstein—Mr. Borodin is responsible for the New York City operation.) The company was working with several brokers, but it was BCD who brought 39 West 19th Street to its attention, helping to sign a 15-year lease with a 5-year extension for 13,000 square feet. The 340-seat restaurant opened December 2014. Two lobster tanks are a highlight (and were a consideration when shopping for space); one holds the three- to 15-pounders, while the other (“the lobster condo”) is home to 4,000 1.5-pounders delivered weekly from Nova Scotia. Meat is from Nebraska. Burger & Lobster has a unique menu: three items only—the 10oz Burger, the 1.5-pound lobster, the lobster roll—with a salad and fries (though they call them chips in London) for $20.

U.K. satellite firms are also expanding. Vodafone Group, the British telecom giant, announced this week they were doubling their New York office space to 34,048 square feet at 560 Lexington Avenue. Mandarin Consulting, a London-based career consultant specializing in Chinese applicants, is seeking office space for summer 2015, said CEO Carrie Waley. She did not disclose details. In August 2014, the company took temporary space at 295 Madison Avenue for the convenience of the public transport and the area.

And London-based recruiting firm Hamlyn Williams signed a lease for 4,000 square feet at 80 Broad Street in December 2014, said Sam King of Cushman & Wakefield. “They took a short-term lease, three to five years, because they’re growing.” The company had temporary space at 17 State Street since 2013.

Mr. King works with C&W brokers but is no longer one himself. The British expat in New York City knows well that speaking the same language and understanding each other are two different things, especially when it comes to the business of real estate. That’s why C&W established a New York iDesk in October 2014. The “i” stands for international. Its function is shepherding foreigners through the New York market. Mr. King runs iDesk, getting clients up to speed on local norms.

C&W opened a London iDesk for U.S. clients a few years ago, said Mr. King. There was more business sent that way until recently. “More and more companies are looking to expand to the U.S., and New York City is the obvious place for them to be.”