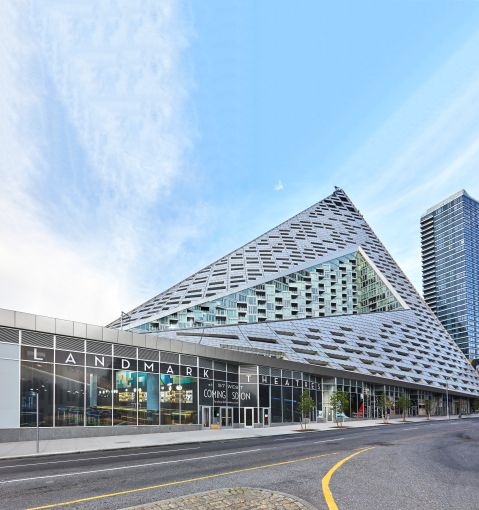 Exterior of The Landmark at 57 West. Photo: Landmark Theatres

Charles S. Cohen has made good on plans to create an even bigger splash with a cinema project by acquiring Landmark Theatres, the country’s largest and most prominent stateside indie theater chain.

The deal was announced in a joint statement yesterday by Cohen, head of Cohen Brothers Realty, Ted Mundorff, Landmark Theatres President and CEO Ted Mundorff and previous owners Todd Wagner and Mark Cuban. Just last month, Cohen told Commercial Observer of his plans to acquire and renovate a theater on the East side of Los Angeles like he did in New York City with the Quad in the West Village, but of a “larger scale.”

SEE ALSO: Chris Rising on Tech Impact on Tenants and Why the Western Market Rules

Cohen bought the Los Angeles-based company through Cohen Media Group, the film production and distribution company, which specializes in releasing foreign and art-house titles, including the Iranian film, “The Salesman,” which won an Oscar for best foreign language film in 2017.

Landmark will retain its senior leadership team, including Mundorff, executives said. Financial details about the deal were not disclosed.

In an interview with Variety, Mundorff said he was pleased that the sale had been resolved and was optimistic that Cohen, a cinephile, was an ideal owner.

“It’s a great day for the industry,” said Mundorff. “You have a film lover who bought a theater company… and he’s going to keep the ship running the way it has been going.”

Cuban, owner of the Dallas Mavericks, and his business partner Wagner have been seeking to sell Landmark for years on an on-and-off basis, according to the Los Angeles Times. The duo’s most recent effort to sell the chain, which they acquired in 2003 from Oaktree Capital, began eight months ago and attracted several interested parties.

Landmark, which specializes in independent and foreign films, along with new Hollywood fare, owns and operates 52 theaters with 252 screens in 27 cities, including New York, Denver, Washington and San Francisco. It has three Los Angeles locations, including its flagship theater, the Landmark at the Westside Pavilion, which is undergoing a major reconfiguration to transform 500,000 square feet of former retail space into creative office, as Commercial Observer previously reported.