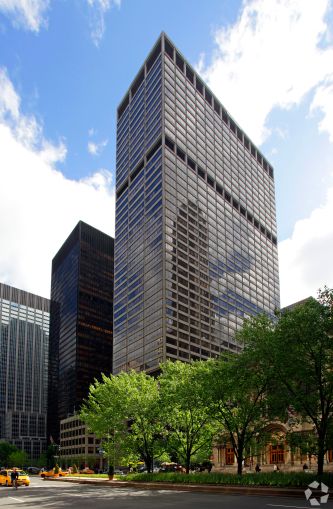 The investment firm signed a seven-year lease expansion for 148,587 square feet on the entire 14th floor along with the 24th through 26th floors of the 44-story building, according to a press release from Rudin, the landlord. Asking rent was $125 per square foot, a spokeswoman for Rudin said.

Blackstone’s new lease brings its presence in the building between East 51st and East 52nd Streets to 575,000 square feet spread over 16 full floors of the tower.

Neil Goldmacher and Brian Goldman of Newmark Knight Frank brokered the deal for Blackstone while Rudin’s Tom Keating handled it in-house. A spokesman for NKF declined to comment.

Bill Rudin, the CEO and co-vice chairman of Rudin, said in a statement that he was “very pleased” with the deal and it “reaffirms Blackstone’s and the Rudin family’s commitment to Midtown East.”

Blackstone first moved into the Park Avenue tower in 1988 and last expanded its space by 38,846 square feet on the 27th floor in 2014 when it signed a 450,649-square-foot lease renewal, as Commercial Observer previously reported. It plans to move into the new offices in January 2020, the spokeswoman said.

The 1.9-million-square-foot 345 Park Avenue was built in 1969 and is fully leased with tenants including auditors KPMG, the National Football League and law firm Loeb & Loeb.