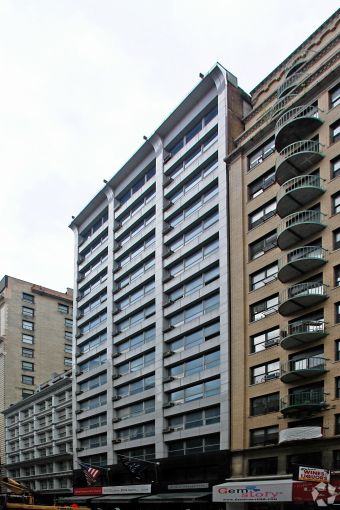 Lifshitz will pay interest of 4.92 percent on the 10-year loan, according to Meridian Capital Group, whose Avi Weinstock and Josh Rhine strung together the financing deal. A source with direct knowledge of the transaction told CO that Signature Bank provided the capital stack’s senior debt, and that Keysite Capital, a niche lending firm led by Barry Seidel and Bruce Bruene, joined as a mezzanine lender.

The building, Fulton Plaza Apartments, includes 81 residential units and street-level retail at 106 Fulton Street, between Dutch and William Streets a few blocks south of City Hall Park. Two floors of the building are set aside for commercial offices, but that space is now vacant, Meridian said.

Still, residential leasing at the 15-story building has been brisk towards the close of 2018, according to data from StreetEasy. Renters have leased six units since the beginning of September, paying rates ranging from $2,295 per month for a 450-square-foot studio to $3,995 per month for a three-bedroom apartment of 925 square feet.

Just a decade or two since a time when New Yorkers routinely deserted Lower Manhattan outside of working hours, residential buildings have come to represent a growing stake in the district’s real estate economy. Today, apartment towers back about a third of the outstanding CMBS loans below 14th Street—a tidal shift since the early 1990s, when Lower Manhattan’s residential density was among the lowest anywhere on the island.

Lifshitz looked to cash in on that trend when he bought the Fulton Plaza building for $51 million in 2016, converting it to its primarily market-rate residential use from prior life as a dormitory for students attending Pace University. That acquisition and the renovation work that followed were funded by previous debt from Ladder Capital that the Signature and Keysite debt will extend to permanent financing.

The deal marks the second time the two lenders have yoked up to refinance a Manhattan multifamily building this month. The pair came together last week to extend $78 million in fixed-rate credit to the owners of a set of six buildings in Morningside Heights.

Lifshitz and representatives for Keysite did not immediately respond to inquiries.