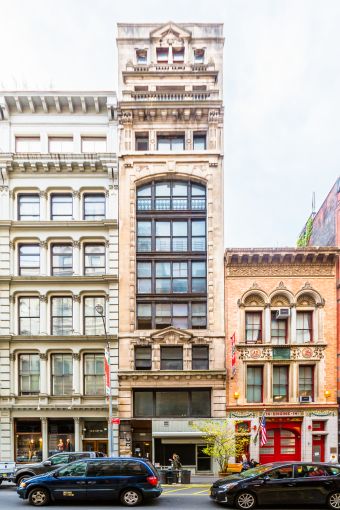 The refinance took out roughly $18.5 million in acquisition financing from Arbor Realty Trust, provided in September 2015, according to records filed with the New York City Department of Finance.

“Stone Street Properties has a proven track record in Manhattan, and a sound business plan at [the location],” Jonathan Shapiro, a senior vice president at Revere Capital, told CO in an email. “This was an excellent opportunity to make a good loan while partnering with a highly capable sponsor. [Our firm is] highly opportunistic and has a strong appetite for bridge loans all along the risk spectrum. This includes live-work-play locations like 16 East 18th Street, as well as the more secondary and tertiary market transactions outside of New York City.”

The NKF team that arranged the financing was led by Vice Chairmen Dustin Stolly and Jordan Roeschlaub, who were joined by Senior Managing Director Daniel Fromm and Associate Director Josh Egert. Stolly said in a statement that “this transaction provides [Stone Street Properties] with flexible capital to complete its business plan.” NKF declined to provide specific details on the loan.

“After a lengthy cycle characterized predominantly by condo deliveries, there is an underserved market for larger, high-end rental apartments in trendy neighborhoods that also provide easy access to Midtown and Downtown Manhattan,” Fromm said in a statement. “[The asset], located in the landmarked Ladies’ Mile historic district, uniquely meets this need.”

Jeffrey Kaye’s Stone Street Properties purchased the landmarked building from Uri Kaufman’s Ariel Associates for just over $21.2 million—about $2.7 million per unit—at a 4.8 percent cap rate in September 2015, according to information from CoStar Group. The purchase was facilitated by the $18.5 million package from Arbor, which included an $11.3 million gap mortgage, city records indicate.

After Stone Street’s 2015 purchase, the firm underwent a value-add business plan to refurbish the building, creating full-floor, loft-style apartment units with private elevator access. Located between Fifth Avenue and Broadway, the 10-story elevator building was built in 1910 and comprises 9 units across just over 20,000 square feet; the average size of the units is 1,304 square feet, as per information from CoStar. The building also includes ground-floor retail space, which is occupied by Paragon Sports under a long-term lease.

“We’re incredibly excited to see our vision through at 16 East 18th Street,” Kaye said in prepared remarks. “We see this property as offering residents the best of the professional and cultural worlds that Manhattan has to offer.”

Founded by Kaye in 2010, Stone Street has acquired and managed over $600 million in multifamily product in the New York metro area, including over 1,300 units across 48 assets.