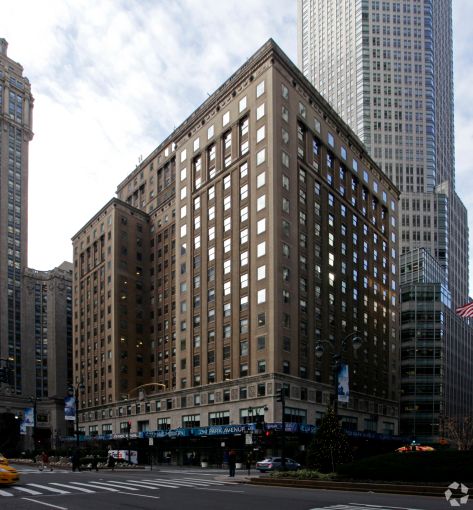 Staffing company Insight Global is growing and relocating within AEW Capital Management’s 250 Park Avenue as another firm, Conning, expands to take over its old space, Commercial Observer has learned.

Insight Global will move from its 13,500-square-foot office on the 15th floor to 29,401 square feet on the 11th floor, according to Cushman & Wakefield broker David Hoffman, who represented the landlord in the deal. The recruitment firm inked a 10-year lease for its new space, for which asking rents were $76 a square foot, Hoffman told CO.

Meanwhile, investment manager Conning will take over the lease for an existing tenant, Octagon Credit Investors, and expand Octagon’s footprint on the 15th floor to 29,804 square feet from 16,304 square feet. The 10-year deal will allow it to take over Insight’s old space and the remainder of the 15th floor.

Hoffman and Bryan Boisi, also of C&W, handled the deal for Conning, while Eric Ferriello and Jodi Selvy of Colliers International represented Insight Global in the transactions. The landlord was represented by Hoffman along with C&W’s Robert L. Billingsley and Whitnee Williams.

The pair of leases was possible because law firm Epstein Becker & Green will leave 115,000 square feet on the 11th through 14th floors in mid-2019, as CO previously reported. Both Octagon and Insight will take over their new offices in the first quarter of 2020, per Hoffman.

AEW Capital plans to renovate the lobby, create a new entrance on Vanderbilt Avenue and replace the elevator cabs in the 21-story building between East 46th and East 47th Streets.

“We’ve been marketing the Epstein Becker space quietly because we were waiting for confirmation of the final lobby redesign,” said Hoffman, who described the overhaul as a “total reimagining of how the lobby is currently organized. That along with new visual elements [is] going to significantly enhance the visitor experience.”

Update: This post has been updated to clarify the name of one of the leaseholders. The names of the brokers have also been corrected.