Healthcare Gets a Retail Makeover 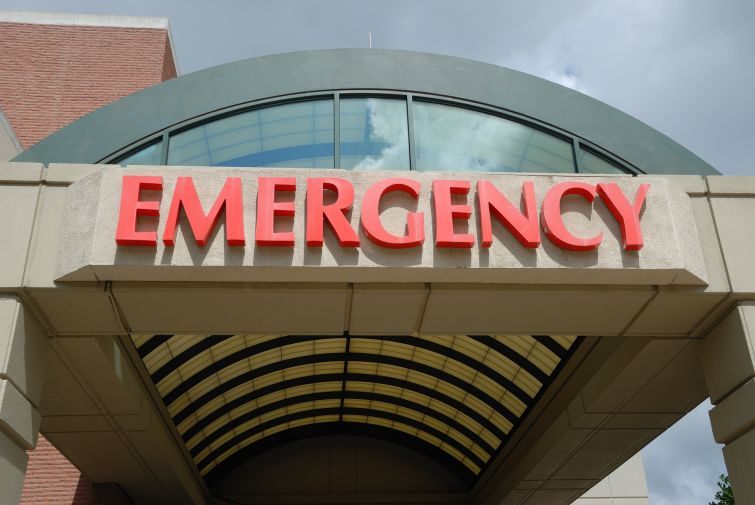 According to a recent report by Newmark Knight Frank, during 2017, medical office properties across the nation valued at $13.3 billion changed ownership, well above the $10.8 billion in 2016. 2018 has seen a decline in national sales volume with year over year total sales down by 17 percent (representing 164 properties) and volume in terms of dollars down by 18 percent, or $1.8 billion.

Also in 2017, according to Newmark, pricing hit an all-time high in with an average price of $295 per square foot, an increase of 16 percent over 2016’s average price of $255 per square foot. Indeed, medical office assets have grown an average of 7 percent each year over the past five years, with an overall increase of 55 percent since the recent lowest point in 2009. This year has seen the price per square foot of assets moving up since 2017, currently averaging $299 per square foot, the brokerage reports. Cap rates hit an all-time low at 6.66 percent in 2017, finishing below 2016 cap rates of 6.74 percent. Over the past five years, cap rates have compressed at a rate of 22 basis points per year.

Newmark’s research also reveals that given the increasing 10-year treasury rates in 2018, the days of cap rate growth are likely over, though cap rates have remained relatively stable in a raising interest rate environment; both 2017 and 2018 hovered around 6.6 percent for the same time period year over year. Likely, as further treasury rates increase, we will see cap rates beginning to move back toward 2016 levels, according to the firm.

2018 has seen a number of hospitals purchasing back buildings, the research shows, and it is possible that we will see this trend continue if rental rates continue to increase along with construction costs and changes in accounting regulations. Publicly traded REITs were the largest buyers of medical office assets in 2017, accounting for acquisitions of $4.8 billion, or 36 percent of all acquisitions.

Much like the U.S. trends, the Northeast is experiencing a drop in the total number of buildings sold from 119 in 3Q 2017 to 106 through 3Q 2019. However, overall volume in terms of purchase price has increased in the Northeast, bucking the national trend through 3Q 2018, according to Newmark’s report. Volume in terms of dollars has moved up for the same time period from $1.2 billion in 2017 to $1.9 billion in 2018. With 4Q historically seeing some of the highest volumes, the Northeast is on pace to have one of its better years in terms of total volume by price.

Newark Knight Frank experts also note that the Northeast has seen similar national sales trends with sales-to-date trading above the national average at $320 per square foot, up from $305 in 2017. Cap rate trends in the Northeast are also in line with national trends, as 2018 cap rates remain unchanged hovering around 6.9 percent for non-portfolio sales.

Lancaster General Health is a prime example of a deal in the Northeast, according to Newmark. The hospital is a member of the University of Pennsylvania Health System (Penn Med), a not-for-profit health system with 786 licensed beds. In late September, Lancaster closed on a property located at 950 Octorara Trail in Parkesburg, Pa. While the deal is not notable for its size or its value, it is notable because of what it represents, the report maintains. There has been a trend emerging in 2017 and 2018 where hospitals are purchasing buildings or purchasing back buildings that have sold. With changes to FASB and how leases will be treated, as well as the rising cost of lease rates and construction costs, an emerging trend has formed where hospitals are choosing to own rather than capitalize their assets. Lancaster General purchased the 41,000 square foot building for $230 per square foot.

As medical office remakes retail space and adopted a retail formula, last year, we also saw the beginning stages of major consolidation and change, according to Newmark Knight Frank.

Similar trends are taking place in 2018, as 30 health system and hospital deals were made in the first quarter of 2018, which is 11 percent higher than 2017, according to a report by Kaufman Hall & Associates. The overall themes of these health system mergers are fueled by lower reimbursements, decreasing patient admissions and readmissions while providing a lower cost of care in the community. The impact of these mergers will see an effect in the real estate market in a variety of ways. More capital and scale could result in more development opportunities, on the other side redundancy of space could see consolidation efforts to optimize the outpatient footprint in the market. Data around each health system’s locations will be critical in understanding what real estate initiatives will be a catalyst for contributing to success of the merger.

The two mega-deals in process, CVS-Aetna and Cigna-Express Scripts, and increased private equity investments will continue to shape and transform how healthcare is delivered to the market, Newmark Knight Frank reports. For example, The CVS-Aetna merger will provide a new model for the healthcare industry with CVS offering primary-care services and medical follow-ups directly from the drugstore. The merger is also a strategic move for CVS to stay competitive with Amazon, which is increasing its presence in the healthcare industry, according to Newmark experts. Also, many health systems are partnering with CVS and Walgreens in their markets to provide primary care and urgent care clinics close to their patient’s homes.

As for clinics and physician groups, according to Newmark, 2017 saw a 37 percent increase in physician-owned practices transactions compared with 2016, Newmark research shows. Similar trends are apparent in 2018 activity. Many physician practice transactions are backed by private equity firms. Having access to capital for operational and technology needs allows practices to position themselves for future growth. Some physicians find it more appealing to sell their practice to a private equity firm versus selling to a hospital. A part of the appeal is that physicians don’t lose complete ownership or control, and there are attractive economic benefits, according to Newmark. Attractive economic benefits include ownership of the management services organization as well as potential disposition of real estate assets to REITs or other institutional investors if owned by the practice group, the brokerage maintains.

The merger of Beth Israel Deaconess Medical Center and Lahey Health in Massachusetts, for instance, was announced in 2017 and is currently in the regulatory approval phase, Newmark notes. The new proposed health system would include 13 hospitals, over 800 primary care physicians and more than 3,500 specialists across the state. The system would represent a competitor to Partners HealthCare which is the biggest health system in the state with 10 hospitals and $12 billion in annual revenue. Newmark research also points out that the intention of the merger will improve patient care in the community while also containing rising healthcare costs the consumers are experiencing. Real estate activity could play a role in the effort to reduce cost by shifting care to lower cost settings, as well as evaluating overlapping or redundant point of care and making the health system footprint more optimal.

Another deal highlight that’s relevant to medical office trends is New MainStream Capital’s investment last year in Omni Eye Services, which is based in Iselin, N.J. New MainStream Capital (NMS) is a private equity firm that specializes in strategic investments and leveraged buyouts. The investment in Omni Eye services will provide additional capital to grow organically and through acquisition as well as expanding resources and capabilities to patients, according to Newmark. Growth will include de novo office openings, provider recruitment and new acquisitions. In 2018, Omni Eye Services acquired Phillips Eye Center (Elmwood Park, N.J.) and Kremer Eye Center (King of Prussia, Pa.) to continue expanding its service offering and referral optometric practice in the Northeast.