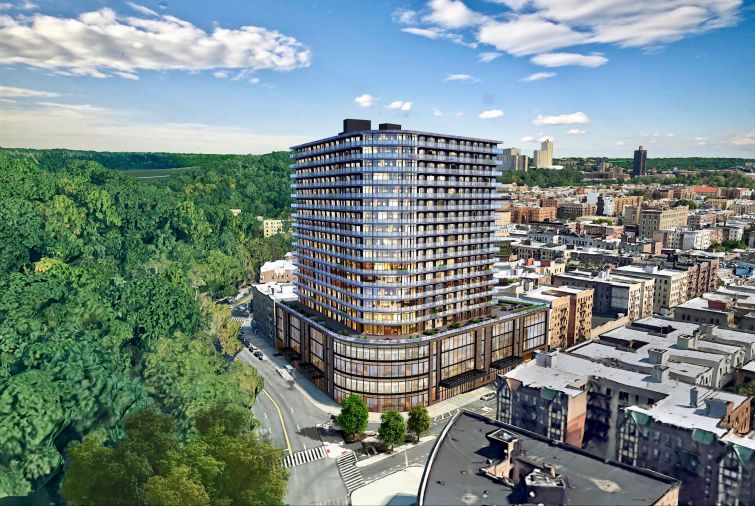 Eli Karp’s Hello Living is in contract to pick up its first Manhattan development site at 4650 Broadway in Inwood for $55 million, according to information from Hello Living; that’s more than twice what FBE Limited paid Acadia Realty Trust for the site earlier this year.

“Through friends I learned of the opportunity,” Karp told Commercial Observer. “With our flow through style units, having a site wherein every unit will be facing the park and Manhattan, I kept pushing the seller’s to sell me the site, so I can do what I love to do… it was hard to convince the sellers to part with such a beautiful site.” Karp would not disclose specific details on the transaction.

Karp said the sale will close in April 2019. The firm is planning a mixed-use development called Hello Broadway that will comprise 272 residential units—ranging from one to four-bedrooms—thirty percent of which will be affordable. The project will feature a roughly 140,000-square-foot community facility and an additional 49,000 square feet of commercial space. GreenbergFarrow will design the project.

Currently home to a two-story, 75,000-square-foot parking facility, the site has roughly 370,039 of buildable square feet, and Karp said his project is estimated to cost around $190 million. He’s currently seeking investment from interested opportunity zone funds, he said.

FBE Limited purchased the property for $26 million from Acadia in April, facilitated by a $13 million mortgage from Santander Bank. FBE transferred a 23 percent ownership stake to Adam America Real Estate in October, records show. A source with knowledge of the deal confirmed that Adam America and FBE are in line to sell their stakes to Hello Living.

The building has a turbulent rezoning history. Acadia Realty Trust, with joint venture partner Washington Square Partners, offloaded the building to FBE Limited following a failed attempt to redevelop the property into a 15-story apartment building that would’ve been the first project erected under the city’s mandatory inclusionary housing program; the New York City Council voted down the rezoning proposal.

Karp told CO he will not seek any rezonings and any development will be as-of-right.

In early April, the City Council’s subcommittee on zoning and franchises passed a controversial Inwood rezoning plan that aims to bring 5,000 units of fresh housing to the area.

Officials at Adam America could not immediately be reached.