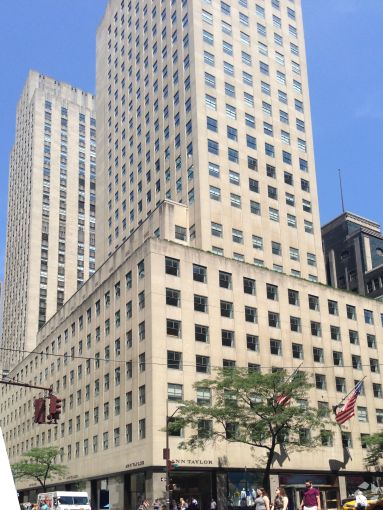 EHE International, a health care company focused on preventive care, plans to relocate its headquarters and flagship clinic from 10 Rockefeller Plaza to bigger digs around the corner in Rockefeller Center, according to brokers on the deal.

The company signed a lease for 66,000 square feet on the fifth and sixth floors of Tishman Speyer’s 600 Fifth Avenue between West 48th and West 49th Streets, The New York Post first reported. A spokeswoman for Savills Studley, who represented EHE in the deal, would not provide terms of the deal, but CoStar Group data lists rents between $66 and $81 per square foot.

EHE currently has 47,000 square feet on the fourth floor of 10 Rockefeller Plaza and its new deal allows it to end its lease with Tishman Speyer at that building, as per a news release from Savills Studley. EHE plans to move into its new building early next year.

“EHE sought to relocate to a space that would show who we are and what we do: specialists focused on prevention as the future of health care,” David Levy, the CEO of EHE, said in a statement.

Brad Wolk, Erik Schmall, Peter Cento and Scott Weiss of Savills Studley brokered the deal for EHE while Tishman Speyer handled it in-house. A spokeswoman for Tishman Speyer did not immediately respond to a request for comment.

“In a solution that is accretive to EHE’s balance sheet and business goals, we successfully completed a transaction that enables EHE to exit its existing lease early and relocate to great space within the Rockefeller Center complex,” Wolk said in a statement.

The new space includes a clinic and offices for EHE separated by stairs along with a waiting room and enough space for growth, according to Savills Studley.