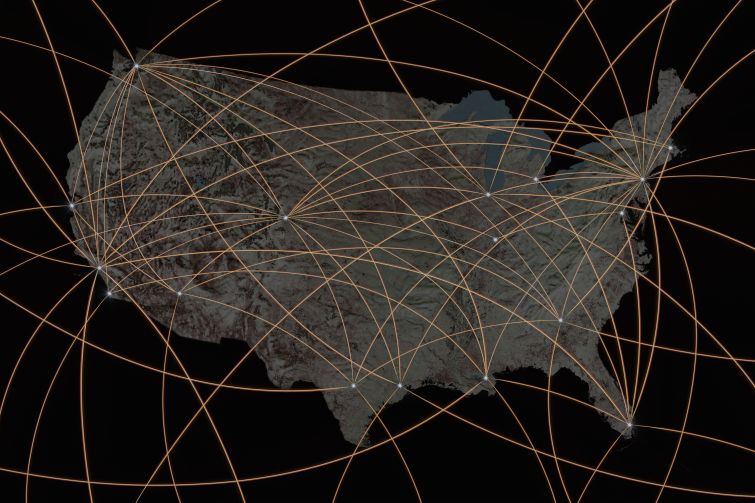 The CMBS funding is pinned to three Virginia data facilities, along with four other digital warehouses in Texas, California and New Jersey. Photo: Getty Images

Three northern Virginia data centers owned by PGIM Real Estate and Digital Realty Trust are among the portfolio of high-tech assets securing a $212 million commercial mortgage-backed securities loan from Credit Suisse, according to Fitch Ratings, which analyzed the debt.

The five-year interest-only deal, which refinances prior CMBS funding, is pinned to two Ashburn, Va. facilities and a third in Manassas, Va., along with four other digital warehouses in Texas, California and New Jersey. Together, the Virginia trio represents exactly a third of value of the portfolio loan’s collateral.

Those buildings, 43790 Devin Shafron Drive and 21551 Beaumeade Circle in Ashburn, and 7505 Mason King Court in Manassas, total about 414,000 square feet, and each is fully occupied. The PGIM-Digital Realty partnership will pay interest of 4.56 percent on the debt, which closed at a loan-to-value ratio of 54.7 percent and a debt-service coverage ratio of 2.5.

Home to major premises for Amazon‘s internet-services business and for Verizon, Ashburn’s myriad data centers serve as nodes for 70 percent of the world’s web traffic, according to the Loudon County government.

Manassas supports a thriving tech hub as well, hosting a Micron Technology factory that makes wafers for semiconductors. Defense contractor Lockheed Martin is a second major employer in the city, famous as the site of two major Confederate victories in the Civil War.

Vadata, an Amazon subsidiary, is the largest tenant at the two of the three Virginia data centers in PGIM’s portfolio. The region’s tech sector will have another shot in the arm on the way when Amazon opens one of its two new main offices in nearby Crystal City, Va.

Credit Suisse will securitize the portfolio loan, along with 43 others, into its forthcoming CSAIL 2018-C14 CMBS deal, set to sell to investors next month, according to Fitch. Digital Realty is the single most concentrated landlord that owns properties backing the $770 million transaction, controlling 12 percent of its total collateral. Other major loans securitized into CSAIL 2018-C14 will include a $91 million mortgage on a Seattle office and design showroom, $84.5 million lent to an office building in suburban Chicago and a $95 million refinancing of an Upper West Side apartment building in Manhattan