With Debt Coming to Borrowers From All Sides, Big Lenders Retain an Edge: Panelists 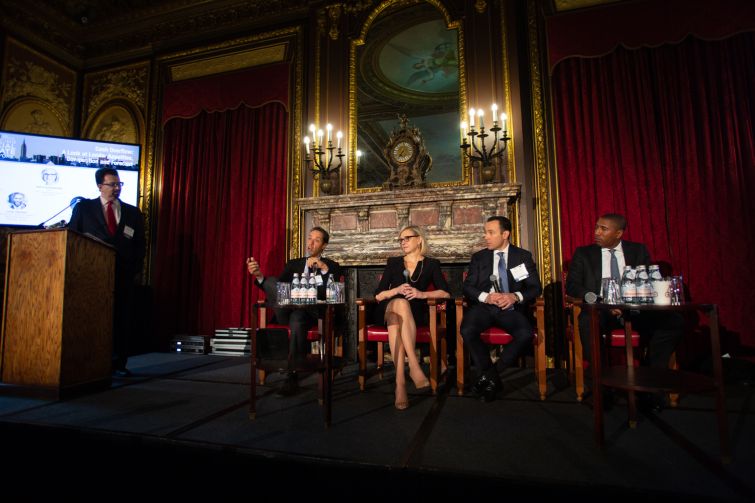 Would Shakespeare’s Polonius have advised his son to “neither a borrower nor a lender be” if the Bard were writing Hamlet in 2018? It’s hard to shake the sense that lately, players from both sides have managed to snag consistently enviable niches.

Commercial real estate borrowers, on the one hand, are awash in more generosity from debt markets than they’ve been at any prior point in the business cycle, with capital markets seeing unprecedented competition. And savvy lenders, on the other—especially those who can leverage expertise in transitional deals—can strike upon lucrative plays by taking advantage of the gap between their cost of capital and the interest that debtors will pay.

That was the message from speakers on the “Cash Overflow” panel at Commercial Observer’s Fall Financing Commercial Real Estate Forum at the Metropolitan Club yesterday morning. Representing borrowers’ animal spirits was Meridian Capital Group senior managing director Ronnie Levine, a debt broker who couldn’t help but crow about the favorable agreements his clients had lately received.

“Pricing has contracted significantly,” Levine said near the top of the discussion moderated by Morrison & Foerster partner Mark Edelstein. A typical medium-term loan might be good for two or three years and extendable to five, but Levine said that lenders are so keen to extend capital lately that the tests that borrowers must meet to lengthen loan terms have eroded.

“We’ve had a good amount of success in getting some those tests either taken out completely, or watered down significantly,” Levine explained.

And that’s not the only mechanism at work to sweeten the deal for developers. As higher interest rates and increased lending competition combine to squeeze the distance between the premium that lenders can charge to borrowers and the dividends they owe to investors, lenders have scrambled to find ways to put more capital in the market—even offering borrowers more debt than they came to market for.

If there’s one tough chair to occupy in 2018, it might be at the head of an investment committee at a bit-player lender. Those firms must fight tooth and nail to compete for midsize loans, and some have eroded credit standards to meet investors expectations for cash flow, the panelists agreed. On the other hand, the financiers who joined Levine for the discussion, boldface names all, averred that at the top end of the finance market, their firms have the market power to soar above the fray.

Jeffrey DiModica, president of Starwood Property Trust, was most vocal about his firm’s willingness to put down its foot to maintain lending standards.

“On loans where there are 40 or 50 guys who are competing, and their best opportunity is to push out their proceeds and to not have extension tests, we will walk away,” DiModica declared. “I’m sure Greta would walk away, and I know that Blackstone would walk away,” he added, referring to TPG Real Estate Finance CEO Greta Guggenheim, who joined him on the panel.

Guggenheim agreed, noting that TPG had no problem turning down over-leveraged proposals.

“There are debt funds that have higher yield and risk appetites than some of us,” Guggenheim observed, recalling that she’d recently met a novice debt-fund lender at an industry function who anxiously told her how his company had responded to a bid with a generous debt package worth nearly 90 percent of the property’s value.

“You’re going to win that bid,” Guggenheim recalled assuring him, in an episode she said encapsulated how new entrants to the business are pushing the edge of the industry’s most marginal debt deals.

J.P. Morgan Chase‘s co-head of real estate banking, Chad Tredway, chimed in to note that institutional lenders like his company have sophisticated ways of thinking through what would become of loans in different economic scenarios.

“We look at downside analysis, and we have what we call a phantom rate: If interest rates increase, what would happen to value?” Tredway said. Evaluating how well loans would do if property values dip and interest expenses rise is crucial, he said, “because we think interest rates have been artificially low for a long time.”

Indeed, just about anyone with cash, the panelists agreed, could underwrite vanilla mortgages on stabilized assets—and just about everyone is. Riskier complications like transitional work, or ground up construction, provide grist to separate more sophisticated lenders from newcomers, they said.

Count Guggenheim as another major lender who isn’t looking fearfully over her shoulder.

“[Debt fund] startups, I believe, are not helmed by credit people,” she argued. “They can’t get to scale. We see a lot of turnover in that space.”

Or, as Shakespeare’s Richard III expresses it, “So wise so young, they say, do never live long.”