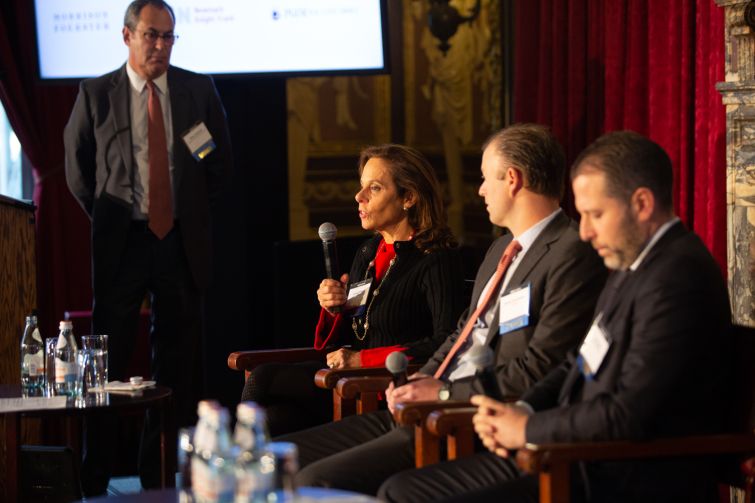 “We really want to know who’s holding the junior piece [in a loan], because that’s usually the [firm] driving the decision making,” Zegen said. “We like to know who are counterparties are, and hopefully the loan isn’t split up in too many ways so that when you have critical decisions to make, it doesn’t turn into a spiral.”

Each panelist put flexibility and transparency high on their borrowing wish lists.

“It’s the certainty, the flexibility and choosing the right lender for the business plan,” Zegen said (and he should know, being both an owner and a lender). “There’s always twists and turns and so having a lender you can count on is attractive. We want a level of sophistication.”

Additionally, there’s the consideration of additional parties in a transaction if the loan isn’t serviced in-house. “Typically there’s an outside servicer and sometimes the servicer’s business plan doesn’t agree with the lender’s business plan,” Zegen said.

Himmel said her firm’s portfolio strategy is long-term ownership, sometimes 30 or more years, so they seek lenders who can build a relationship and be a staple on a deal throughout its life. “Let the borrower be the borrower and the lender be the lender,” she said.

Himmel added that it’s also been interesting to see debt funds essentially phase out many local and regional banks in some situations, one being that borrowers can typically get 60 to 75 percent loan-to-cost from funds.

Zegen said simplicity is key. “I don’t want to lock something in when there’s value to create. I don’t like loans where junior pieces are sold off. I tend to shy away from that; we like to keep it simple.”

“There’s an unlimited amount of debt capital out there,” Schonbraun said. “Trust and honesty are important. You have to deliver [as a lender] even when things come up. It’s the foundation of [the borrower-lender] relationship. These are living, breathing deals, and it’s good to have lenders who understand.”

Each of these players have experienced the evolving tech landscape and the role it’s had in shaping projects. The addition of Amazon in Long Island City has changed the game.

“For a long time we were waiting for one big tech company to have a stake in one of the five boroughs,” Zegen said. “Finally, an Amazon means this is no longer pioneering territory; it’s real. There’s now a question around the types of buildings [desired by these tenants] and the amenities and offerings [that will need to be incorporated].”

Himmel said it wasn’t long ago that tech companies wanted to be “south of 23rd Street or south of 34th street or at NoHo or NoMad,” she said, citing the history her firm has in Chelsea. “The theme is they want properties where they can see the bricks and bones of the building, so our buildings became quite fashionable. Amazon going to LIC is fantastic. Look at what Google did at Chelsea market; it made that part of town so cool.”

“It’s great for the New York economy,” Schonbraun said. “It had a need to diversify and not rely on financial services. It’ll take up the slack and the need for office space. These tech companies will create ancillary jobs; it’s a huge net positive.”