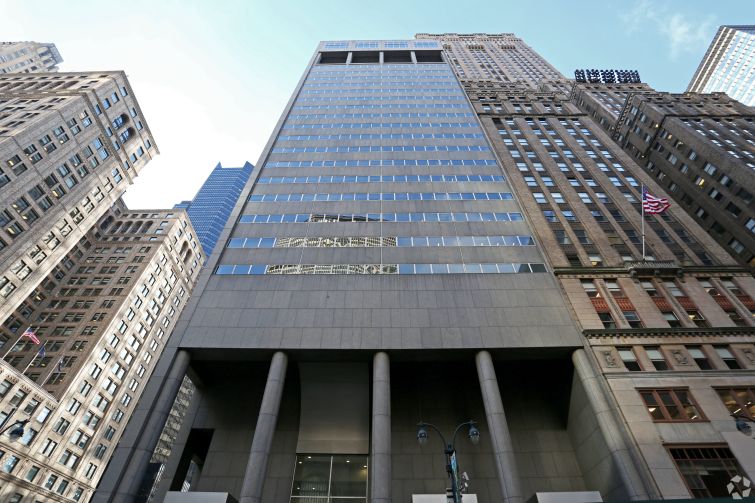 Former Mayor Michael Bloomberg’s media company has renewed the lease for its satellite offices next to Grand Central Terminal in Midtown East, the building’s landlord announced in a press release.

Bloomberg LP reupped its 468,000-square-foot footprint at Global Holdings Group’s 120 Park Avenue through the end of February 2029, as The Real Deal first reported. Its original lease was supposed to end in 2020.

The 37-year-old financial news provider and media outlet will remain on the eighth through 23rd floors of the 46-story building between East 41st and East 42nd Streets, just south of Grand Central. In 2011, the company moved into the 630,000-square-foot property after outgrowing its 1.3-million-square-foot headquarters at 731 Lexington Avenue, which was constructed by Vornado Realty Trust in 2005.

“We are excited to reach a new deal with Bloomberg to lease space in one of New York City’s finest office towers until 2029,” said Eyal Ofer, the chairman of Global Holdings Group, in prepared remarks. “120 Park Avenue is an incredible building, with first-class amenities, panoramic views of the city and direct access to Grand Central Station, making it one of the most accessible and convenient locations in Manhattan.”

JLL’s Paul Glickman and Diana Biasotti represented Global Holdings in the transaction, while CBRE’s Howard Fiddle and Craig Reicher handled the deal for Bloomberg. A JLL spokesman didn’t immediately return a request for comment, and the CBRE brokers declined to comment via a spokeswoman.