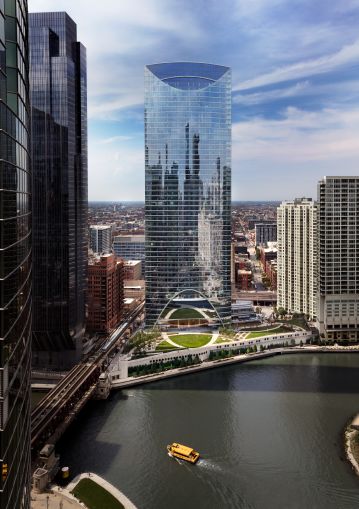 WiredScore, a New York-based real estate tech firm that certifies office buildings for internet connectivity, has raised $9 million in Series A funding, according to an official release.

Last October, an investment group led by Bessemer and Fifth Wall, acquired WiredScore’s majority share when company co-founder Jared Kushner divested, which Forbes estimated was valued at between $5 million and $25 million, based on Kushner’s financial disclosure form that July.

The $9 million funding follows a flurry of global expansion for WiredScore, which during the first three quarters of 2018 entered eight new cities—Chicago, Atlanta, Montreal, Glasgow, Birmingham (UK), Marseille, Frankfurt and the Reinhart Westphalia region (Dusseldorf and Cologne) —and seen a 45 percent increase in certified buildings.

“As businesses become more dependent on digital connectivity, we are seeing a shift in the landlords’ responsibility to deliver well-connected buildings, Arie Barendrecht, WiredScore co-founder and CEO, said in the release. “No longer does the solution to connectivity issues sit solely between a tenant and their internet service provider. The reality is that the driving factor in powerful, reliable connectivity is the building infrastructure provided by landlords.”

WiredScore was founded in New York in 2013, launched in the UK in 2015. Clients include EQ Office, Brookfield, Hines, Tishman Speyer, Boston Properties and Google. The current investment will be geared toward expansion into new markets, including Dallas and Los Angeles, new product and service areas and additional employees, according to WiredScore.

“Through the certification processes, landlords can rectify any shortcomings,” Vik Chawla, a principal of Fifth Wall, told Commercial Observer. “As the U.S. economy increasingly tilts towards the technology industry, we anticipate that WiredScore-certified buildings will attract tenants at high proportions and at higher rents than their non-certified counterparts.”

WiredScore launched Wired Certification, which rates the infrastructure, connectivity and tech capacity of commercial buildings, in 2013 in partnership with then-Mayor Michael Bloomberg and the City of New York.