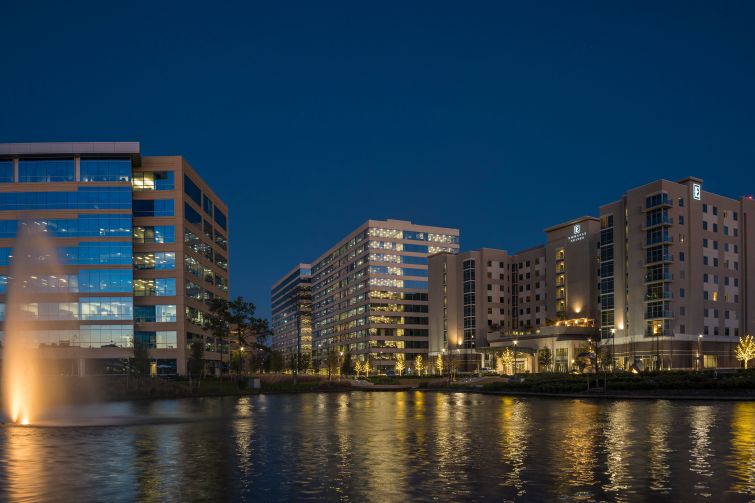 Howard Hughes Corporation has scored $700 million in financing from Wells Fargo on a portfolio of some of the nationwide developer’s projects, according to the San Francisco-based lender.

The deal, which consist of a $615 million, five-year term loan and an $85 million revolving line of credit, backs a set of 26 properties in three master-planned communities in Hawaii, Texas and Maryland. The term debt is set to roll previous bridge and construction loans into more permanent financing, and the revolving facility will provide operating capital for the Dallas-based corporation.

The transition to longer-term debt will reduce Howard Hughes’ financing costs on its real estate portfolio, according to David O’Reilly, its CFO.

“This new facility achieves our stated financial goals of both increasing our financial flexibility as well as reducing our weighted average cost of capital. By reducing our cost of funding, extending our maturity and adding a revolving component, this financing exemplifies our commitment to further improving our credit metrics,” O’Reilly said in a statement. “We are thrilled with the strong support that our lenders have shown to execute on this transaction.”

Although Howard Hughes’ master-planned communities include residential components, the Wells Fargo loans are secured only by office and retail assets at the three developments: Ward Village, in Honolulu; The Woodlands, in Houston and Downtown Columbia, a mixed-use development in Columbia, Md. that was one of the first master-planned communities in the country, according to Wells Fargo.

At Ward Village, Howard Hughes has sold more than 1,850 apartments, generating revenues of $2.2 billion through the first half of 2018, the company reported in August. The Woodlands, a 28,000-acre site, is home to 116,000 people, with housing for 16,000 more expected when the decades-old development reaches completion. And a recent redevelopment of Downtown Columbia added 5,500 residential units to the community, along with 1.3 million additional square feet of retail and nearly four times that amount of office space.

The developer, some of whose assets can be traced to the real estate investments of the eponymous business titan and aviation pioneer, has seen its shares fall nearly 20 percent since January. That month, activist investor William Ackman, who is the chairman of Howard Hughes’ board, sold a significant stake in the development company through his hedge fund, Pershing Square Capital Management, which is Howard Hughes’ biggest shareholder. Ackman said that the move was designed to limit tax liabilities and that he was still a fan of the company’s stock.