The Brooklyn-only CRE firm's clients, employees, and founder reflect on its role in Brooklyn's tremendous boom. 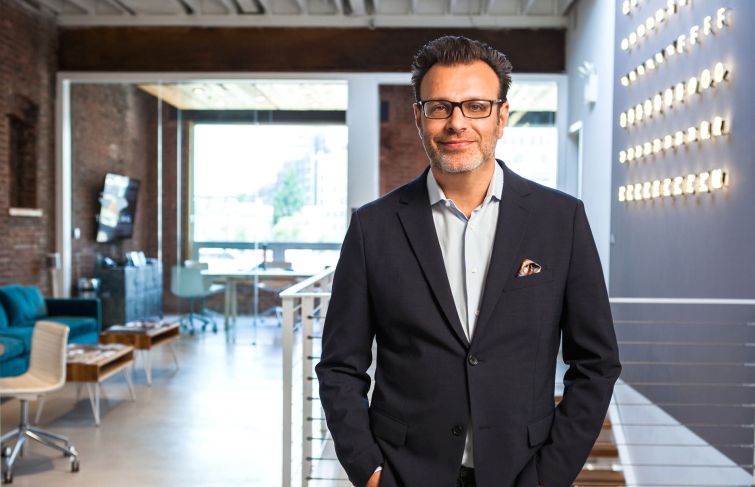 It’s been a big year for the company, as in addition to celebrating its 10th anniversary, TerraCRG closed several sizable Brooklyn deals including the $115M Gowanus Assemblage purchased by Two Trees. TerraCRG has done over $2 billion in sales over the past decade, including over three million buildable-square-feet of development sites.

We talked to the company’s employees, brokers, clients, and founder to gain a deeper understanding of why TerraCRG is so well positioned in the Brooklyn commercial real estate market.

What do you find special about the expertise TerraCRG brings to a transaction?

Alex Friedman, a partner at Sugar Hill Capital Partners, LLC, has done around two-dozen transactions with TerraCRG and credits the firm’s focus for knowing just the right transactions to present to clients.

“They’re very thoughtful about matching up buyers and sellers, as opposed to just blasting information to the world at large,” said Friedman, referring to his company’s purchase of 59 Bogart Street in Bushwick for $40 million, a deal brought to him by TerraCRG.

“The building needed to be cleaned up, and we have our own operating crew, so we were the right owner for this building, whereas it wouldn’t have been right for a financial buyer. TerraCRG is very thoughtful and strategic about how they sell their buildings.”

Why has TerraCRG been so successful in Brooklyn?

“There are few qualified, thoughtful institutional sales brokers that really focus on the boroughs. Ofer is one of the few who does,” Ben Bernstein, a principal at RedSky Capital, LLC, who estimates he’s purchased between $50 million to $100 million worth of real estate and sold about $100 million worth, through the firm, of TerraCRG founder Ofer Cohen.

“He’s relationship-oriented, he doesn’t try to oversell, and he’s focused on Brooklyn 24/7/365. He knows every street and every landlord. He really knows this market.”

Why do you think Brooklyn has been such a hot market since TerraCRG started?

Matt Cosentino, Partner: Several factors spurred on the Brooklyn real estate market since TerraCRG opened in 2008: the Barclays Center did not exist, Brooklyn did not have a professional basketball team, the Brooklyn waterfront had not really been developed, and the Brooklyn Navy Yard had not begun its massive redevelopment. These are improvements most cities won’t see in a lifetime, but all have happened for Brooklyn in the last 10 years. At the same time as these large-scale investments were occurring, societal changes were taking place. Instead of fleeing urban centers for a suburban lifestyle, people were flooding back into cities all over the country. Brooklyn was a beneficiary of this shift, as people, young families in particular, who in the past would have moved to places like Westchester and Long Island, are staying in Brooklyn. There was also a simultaneous migration of millennials from other parts of the country into NYC and a large percentage of them chose to move to Brooklyn. A large part of the initial migration to Brooklyn was predominantly based on its affordability compared to Manhattan but as retail, office, hospitality and housing options began to improve, Brooklyn became a first-choice destination. At the time TerraCRG was founded, we were in one of the worst financial crises the country has ever seen, but a decade later, Brooklyn has emerged stronger than ever.

What have you done and what has the firm done to give back to the community?

Dan Marks, Partner: One of the things that drew me to TerraCRG was the track record of giving back to, and participating with, the Brooklyn community. Since joining TerraCRG, I’ve been introduced to numerous non-profit organizations through the firms sponsoring of events and general support. For example, just a few weeks ago my family and I joined other TerraCRG teammates in fundraising and walking across the Brooklyn Bridge to raise awareness for The Alzheimer’s Association, and that is only one of the many fundraising events we have on our calendars for the fall season.

I currently sit on the Board of Directors for two Brooklyn-based nonprofit organizations. One, Opportunities For A Better Tomorrow (OBT), is focused on workforce training, and the other is the Brooklyn Arts Council (BAC) which helps promote and grow the artistic culture that makes Brooklyn so unique. While both organizations have very different missions, they both play a big part in what makes Brooklyn such a great place to live, work and play. Finally, my team and I work closely as both advisers and brokers with a number of non-profit organizations that own property in Brooklyn. Developing a real estate strategy for these organizations is such an important component to their strategic plan, and I take great pride and responsibility in working with these organizations.

What does Only Brooklyn mean to you?

Antonina Agrusa, Vice President of Marketing: “Only Brooklyn” is not just our trademarked tagline; it’s our mission, it’s our motivation, it’s the reason we’re so uniquely positioned in the market. In the past 10 years, our team has found a multitude of ways to build meaningful relationships by being on the ground, in the neighborhoods, at board meetings and hearings, attending events, and realizing that the picture is much bigger than real estate; it’s about the impact we have on a community, and the impact a community has on us. “Only Brooklyn” means to internalize, exude, appreciate, and embrace everything that makes this borough what it is today and where it’s going in the future.

Tell us a little bit about your role at TerraCRG.

Chris Havens, Managing Director – Office Leasing: I started our Office Leasing Department, which has the pleasure of matching up tenants and building owners throughout Brooklyn. Seeing as tenants are essentially moving into the landlord’s “home” for three, five or ten years, compatibility is key! I’ve made a career of helping office-building owners develop and lease their buildings successfully by appreciating the importance of that compatibility. For instance, at 1000 Dean in Crown Heights, we took a vacant storage building built in 1920 as an automobile showroom and service facility, and turned it into a vibrant, sought-after hub of creation for the film, design and food industries—a perfect example of compatible tenants synergistically co-existing. The tenants we place in a building, or even in a neighborhood, make a huge impact, and the better job we do with placement, the better it is for the residents and the workforce.

TerraCRG is uniquely positioned in the market because through our extensive work in Brooklyn we have developed a genuine and deep understanding of the market. Having a real Brooklyn sensibility is crucial when addressing tenants’ and landlords’ unique requirements and needs.

How did you end up joining TerraCRG?

Damhi Shaw, Associate: At the end of Summer 2017, I was looking to break into the NYC real estate industry. The over 90 percent failure rate alone made brokerage attractive to me; I like to beat the odds. In proper real estate fashion, I began cold calling and emailing companies that seemed like a good fit for me. I went on a few interviews at firms both in Brooklyn and Manhattan, and TerraCRG stood out for multiple reasons. For starters, during my multiple interviews there, I got to meet with senior members of the team. I quickly got the sense that everyone worked really hard and was very passionate about Brooklyn.

The team structure used by the firm is also very conducive to collaboration and learning; this was especially attractive to me as someone completely new to the industry.

I also believe the firm follows a good philosophy – to excel in any industry, or anything for that matter, it helps a lot to focus on a niche and become a specialist on the subject. That’s exactly what we do here: we are real estate experts in the most exciting borough, Brooklyn.

Where do you see the biggest growth within TerraCRG over the next decade?

“Over the next ten years, we see the growth in further developing our commercial leasing platform, especially with all these office projects being developed in Brooklyn,” said Ofer Cohen, Founder & CEO of TerraCRG. “We’re in the process of setting up several office leasing teams that we’re very excited about. That’s where I spend a lot of my attention these days.”

The other major growth area TerraCRG anticipates finds them looking southward. After making their name largely in North Brooklyn, the firm will be seeking opportunities south of Prospect Park.

“We’re very excited about expanding into the geographical territory we call South Brooklyn, but it’s really South Central Brooklyn—the entire area below Prospect Park,” said Cohen. “We see a lot of the growth happening in neighborhoods like Flatbush, Sunset Park, Prospect Lefferts Gardens, Bensonhurst. All these neighborhoods have a significant density of large apartment buildings and commercial properties, with a major growth trajectory. A lot of the investors that were buying in Bed Stuy, Bushwick, and Clinton Hill until two years ago are now moving slowly further south. So that’s where we’re spending a lot of our time and attention in terms of setting up new teams.”

With Brooklyn real estate continuing to evolve, TerraCRG looks forward to innovating throughout Brooklyn for many years to come.

“People ask me, why don’t you do business in Queens. You can make more money,” said Cohen. “Our position is, there’s a lot more work to do here in Brooklyn and by continuing to focus on our strengths, we are uniquely positioned to grow our footprint here and take advantage of Brooklyn’s continued transformation”