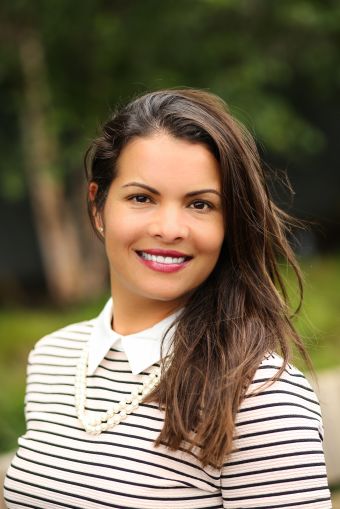 Pardo started last week at the Brooklyn-focused brokerage as a managing director of the commercial leasing team. She comes from Ingram & Hebron, where she spent two years handling the leasing for SL Green Realty Corp.’s 16 Court Street and J.W. Mays’ properties in Downtown Brooklyn.

Before that, the 39-year-old spent 11 years on the landlord side of the leasing game, first at Two Trees Management Company and later at Jamestown. During her decade at Two Trees, she became the managing director of the firm’s entire commercial leasing portfolio in Dumbo, Brooklyn, and at 50 West 23rd Street in Manhattan. She handled everything from marketing to closing deals and was heavily involved with bringing in big retail tenants like Urban Outfitters and Trader Joe’s to Two Trees properties in Downtown Brooklyn.

“I worked closely with Jed and David [Walentas] to figure out what they wanted,” she said. “The ground-floor activation was very important to them. It wasn’t just about the rents; It was about creating a sense of place.”

At Jamestown, she spent a year and three months transforming the largely vacant ground floors at Industry City into a marketplace-style space with retailers like Design Within Reach, Li-lac Chocolates and One Girl Cookies. Her team created the creative workshop program, which split up the buildings’ huge floor plates into much smaller storefronts and manufacturing spaces.

She landed her first real estate job 17 years ago as a leasing broker at Helmsley Spear, which owned and managed several Midtown office properties, including the Helmsley Building at 230 Park Avenue and a portion of the Empire State Building.

In her new role at TerraCRG, she is leading the growth and development of the commercial leasing team with the help of Chris Havens, who is the managing director of office leasing.

“We used to take exclusive representation on a specific space,” she said. “Now we’ll be focusing on larger-scale projects and growing the team.”

TerraCRG co-founder and CEO Ofer Cohen said Pardo “has a rare combination of extensive leasing transactional experience with such a strong Brooklyn sensibility; both will be incredible assets to our clients with office projects in Brooklyn.”

The firm is helping an unidentified commercial landlord reimagine and lease a 40,000-square-foot commercial building in Brooklyn, and today said she wants to help the firm pursue more large office leasing projects.

“My focus is really figuring out where the new developments are happening, what markets are not really being looked at right now and putting together a specific list of projects we’re going after.”

Ingram & Hebron’s Robert F. Hebron said in an email that the firm “enjoyed Caroline’s time with Ingram & Hebron Realty and benefitted greatly from her expertise. We wish her soaring success in her future endeavors.”