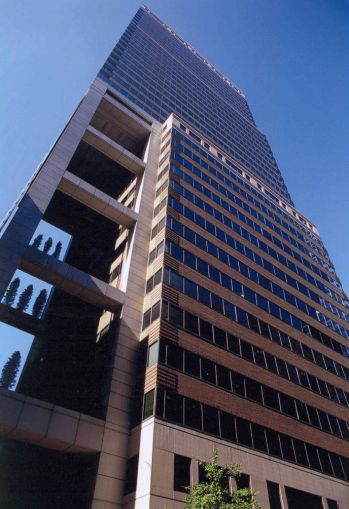 Strategic Funding signed a 10-year lease for the entire fourth-floor of Kamber Management Company’s 120 West 45th Street, also known as Tower 45, between Avenue of the Americas and Seventh Avenue, according to Avison Young, which brokered the deal for the landlord. Asking rent for the space was in the mid-$60s per square foot.

John Ryan, Arthur Mirante and Mitti Liebersohn of Avison Young repped the landlord in the lease while Ben Blumenthal and Noam Benamy of Noah & Co. handled it for Strategic Funding. Blumenthal and Benamy did not immediately respond to a request for comment.

Ryan said the expansion—along with a number of other recent leases—is “a testament to the property’s superior location and strong amenities package as well as its outstanding ownership and management team.”

Strategic Funding first took space at the Midtown tower in 2015 when it subleased the entire second floor and parts of the sixth from DeVry University, as CO previously reported. It later moved to 16,456 square feet on the entire fifth and part of the sixth floor, according to Avison Young.

The expansion is part of more than 47,000 square feet recently leased in the 40-story building. Those deals include wealth management firm Klingman & Associates taking 8,053 square feet on part of the 38th floor and investment management software company Enfusion Systems expanding by 6,463 square feet on the 11th floor.

Kamber Management bought the 458,446-square-foot 120 West 45th Street from SL Green Realty Corp. in 2015 for $365 million and has since renovated the common areas, atrium and lobby.

“With the extensive improvements and building upgrades—from the destination dispatch elevators and elevator cabs, as well as other building systems—the building has new life, which has translated into a lot of activity,” Steven Levy, the CEO of Kamber Management, said in a statement.