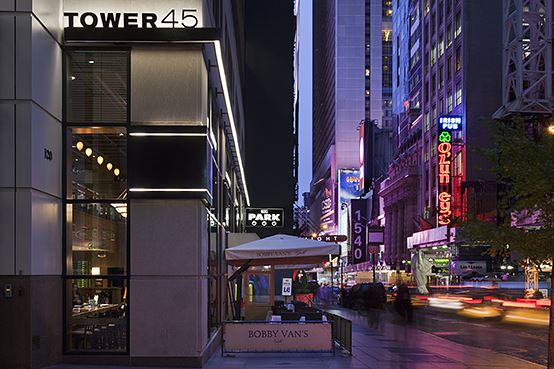 A business finance lender specializing in small businesses has sealed a deal to sublease nearly 16,000 square feet at a Midtown tower from DeVry University, a source with intimate knowledge of the deal told Commercial Observer.

Strategic Funding Source will move into 15,667 square feet on the entire second floor and a part of the sixth floor through a seven-year sublease at SL Green Realty Corp.‘s 120 West 45th Street, also called Tower 45, into space DeVry was using for classrooms and offices, the source said. The asking rent in the building, which is between Avenue of the Americas and Seventh Avenue, is $70 per square foot.

Devry, an on-campus & online college degree program, is in the process of restructuring its Manhattan footprint, the source said, and Strategic Funding has outgrown its current space in a nearby building.

Hillary Clinton signed a lease for a personal office in excess of 4,000 square feet in the 40-story, 440,000-square-foot Tower 45 last summer, the New York Daily News previously reported. Other tenants include Bobby Van’s Grill, DE Shaw Research, Schrodinger and Scott Rudin Productions. The building underwent a major capital improvement in 2011 with renovations to the outdoor plaza and lobby, according to SL Green’s website.

Benjamin Blumenthal of Bobrow and Company represented Strategic Funding Source in the transaction and Elizabeth Houley and Erica Rubinstein of Newmark Grubb Knight Frank Global Corporate Services negotiated on behalf of DeVry. The brokers did not immediately respond to inquiries through their spokeswomen.

Strategic Funding is two years into a 10-year lease for 9,270 on the 15th floor at the Paramount Building at 1501 Broadway between West 43rd and West 44th Streets. Strategic Funding recently listed the 1501 Broadway space for sublease with Mr. Blumenthal, according to CoStar. Asking rents for direct space in the building are in the $60s per square foot.