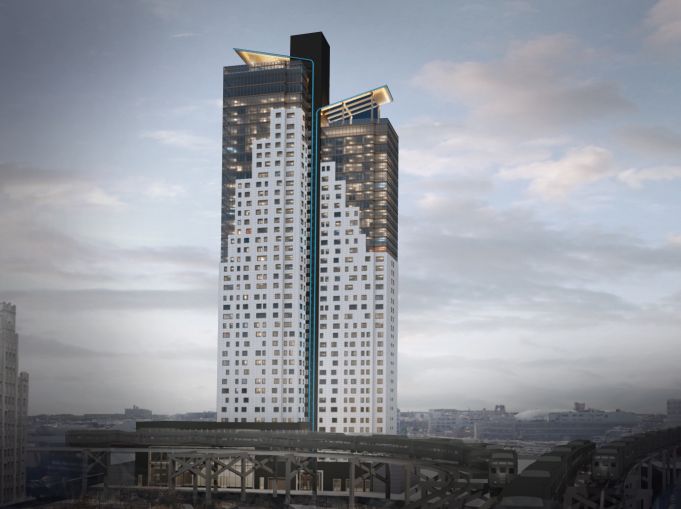 Square Mile Capital Management has made a $138.5 million preferred equity investment in Simon Baron Development’s 43-story residential tower called Alta LIC, as part of the property’s recapitalization, according to an alert from Square Mile.

“We saw this as an extremely attractive opportunity to provide a capital solution to a superior asset, tailored to meet the long-term objectives of Simon Baron, a talented and rapidly expanding developer,” Square Mile Capital Principal Elliot Rattner said in a prepared statement. “The ALTA investment is a welcome addition to Square Mile Capital’s portfolio of institutional quality real estate assets.”

Last week, Simon Baron nabbed $200 million from AIG that was an upsize of $150 million in previous construction debt on the property—located at 29-26 Northern Boulevard in Long Island City, Queens, as Commercial Observer previously reported. The financing also included a buy out of joint venture partner, Quadrum Global; the buyout included a 96.45 percent stake, according to previous reports from The Real Deal. The value of the property is north of $400 million, sources with knowledge of the deal told Commercial Observer.

The debt financing from AIG included a fresh $50 million supplemental mortgage to upsize the $150 million in previous debt from the life insurer in December 2016, records show. The deal closed on Oct. 17. Ayush Kapahi of HKS Capital Partners arranged the financing.

Simon Baron and joint venture partner Quadrum Global, teamed up to erect the building, together securing the construction financing in 2016, with plans to finish the project this year.

The project is the largest co-living development in the country and comprises just over 500,000 square feet and 467 apartments, which are split between traditional floor plans and all-inclusive, “hotel-style” co-living suites. The co-living units will have the benefit of a reduced rent.

Ollie, a company that aims to provide all-inclusive, co-living arrangements, styled like hotels, spearheads that component of the development; Simon Baron founders Jonathan Simon and Matthew Baron helped found Ollie and are on the board as partners.

Quadrum and Simon Baron have partnered on several apartment and hotel developments in the city, including The Chamberlain hotel at 269 West 87th Street, a residential building at 393 West End Avenue, the Arlo NoMad hotel at 11 East 31st Street and a mixed-use development at 45-40 Vernon Boulevard in Long Island City.