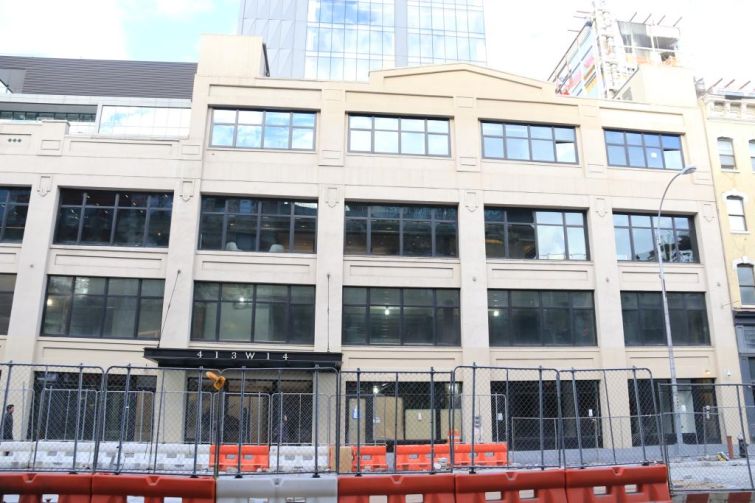 Spaces took 33,192 square feet of office space at Rockpoint Group’s 255,000-square-foot mixed-use building at 413 West 14th Street between Ninth and 10th Avenues. GlobeSt.com was the first to report on the lease.

“Located in the heart of the Meatpacking District, 413 West 14th Street was an ideal location for Spaces,” JLL’s Jim Wenk, who along with Kirill Azovtsev represented Spaces in the 15-year deal, said in a prepared statement. “Given the open floor plan, easy accessibility, signage, private entrance and high visibility, the building will offer a terrific workspace for Spaces/Regus members. The recent transformation of Meatpacking District and the superb finishes provided by Spaces will complement each other in making this location a crucial asset for members.”

When it moves in in the first quarter of next year, Spaces will occupy the entire second floor at the five-story 1929-built property, adding a fourth workspace to its portfolio. The building spans 209,000 square feet of office space, more than 30,000 square feet of retail and roughly 14,000 square feet of storage space. The asking rent was in the low $90s per square foot, per a JLL spokesman.

CBRE’s Paul Amrich, Neil King and James Ackerson worked on behalf of Rockpoint Group, which acquired the ground lease for the property in 2016. A CBRE spokeswoman said the brokers declined to comment.

“In today’s market, we know that scale and flexibility are crucial for a company’s growth,” Michael Berretta, the vice president of network development for IWG, owner of Spaces and Regus, said in a release. “Nowhere in the country is this more evident than in New York City. With locations set to open in Midtown Manhattan, Hudson Yards, Staten Island, Brooklyn and Long Island City [Queens] in 2018, Spaces provides options for companies of any size, in any location across the city.”