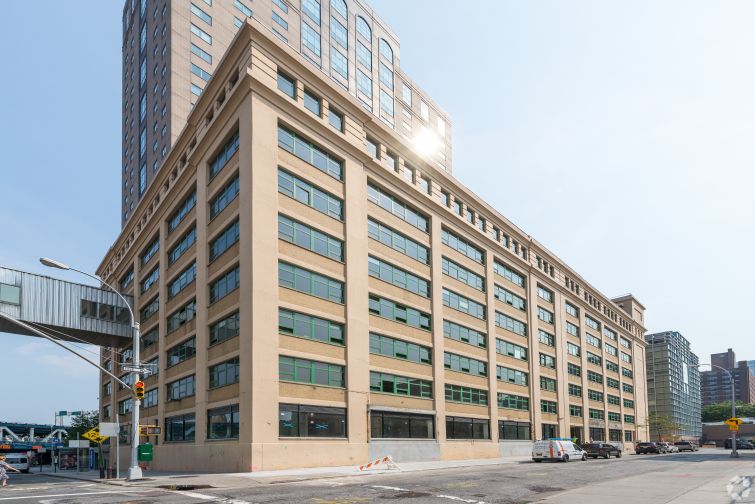 Coworking provider Spaces will open a new location in one of the former Jehovah’s Witnesses buildings in Dumbo, Brooklyn, according to brokers on the deal.

Spaces signed a lease for 61,539 square feet at Normandy Real Estate Partners’ 175 Pearl Street between Sands and High Streets, The New York Post first reported. A spokeswoman for CBRE, which brokered the deal for both sides, would not disclose the asking rent and length of the deal, but CoStar lists the average asking rent for the building as between $46 to $57 per square foot.

“Spaces targeted Dumbo for its second location in Brooklyn due to the popularity of the area with its members, the 24/7/365 nature of the neighborhood and its great amenity base,” Ravesloot said in a statement. “175 Pearl Street offers the most central location in Dumbo in relation to subways to Manhattan and to the rest of the borough.”

The coworking company, which is owned by IWG, plans to open its Dumbo location in 2019, according to CBRE. The company will have parts of the ground floor of the building with a private street entrance along with the entire second and third floors. It will also have a café and access to the building’s rooftop.

“The renovations and upgrades made by Normandy created a high-end atmosphere in a central location, which helped attract Spaces to the property,” King said in a statement. “We look forward to welcoming the company and its future tenants to the Dumbo neighborhood.”

Spaces has been on a leasing spree around the city recently. Last week, the company nabbed 99,000 square feet at 787 11th Avenue, leased nearly 111,000 square feet at the Chrysler Building this month and took the entire 100,000-square-foot office portion of the former United Charities Building at 287 Park Avenue South in July.

“New York City and its surrounding boroughs remain a key focal point in our U.S. expansion plan,” Michael Berretta, the vice president of network development for IWG, said in a statement. “As we continue to grow Spaces’ presence in the area, opening a second location in Brooklyn was a natural next step.”